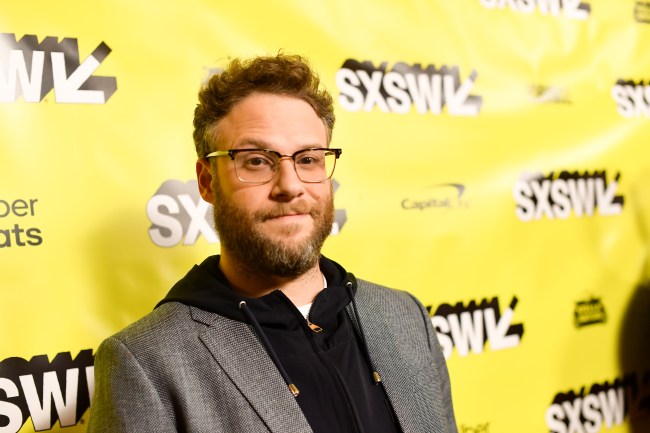 In case you haven’t already noticed, people are absolutely losing their fucking minds because of The Big Cancel (and it’s barely been a week since shit hit the fan, which does not bode well for our immediate future).

Just look at Vanessa Hudgens, for example, this woman is both A. so bored and B. so aggressively stupid (and also C. wildly attractive) that she actually looked into the camera of her phone and said something along the lines of “this isn’t really a big deal.”

Then there was that whole Oprah conspiracy that blew up last night, claiming she had been arrested as a part of a sex-trafficking ring.

My point is, The Big Cancel has caused all of us to react in different ways, including Seth Rogen, who decided now would be the time to get outrageously high and watch the disaster that is Cats.

Cats, which hit theaters late last December, is perhaps one of the most infamous box-office busts in recent memory, as it was not only lampooned by both fans and critics alike, but it ultimately cost the studio over $100 million.

But because of the astounding nature of its failure, the movie also became something of a living meme, as news establishments such as The Washington Post published an article about how people are going to see the film absolutely rocked.

Seth Rogen was the latest movie-lover to fire up Cats after roasting a doink or two, and the resulting Twitter thread is as hilarious as you’d expect (make sure you click the first tweet if you want to read the whole thread in order, I’m just gonna drop some of the funniest ones below):

I’m pretty stoned and watching Cats. I’ve never seen the broadway show. It is truly trippy. Am I supposed to know what a Jellicle is? They’ve said it 200,000 times but I don’t know what’s happening haha.

CG cat people dancing is odd. Is it impressive? I don’t know!

A lot of neon lights at knee height in London in the 30’s.