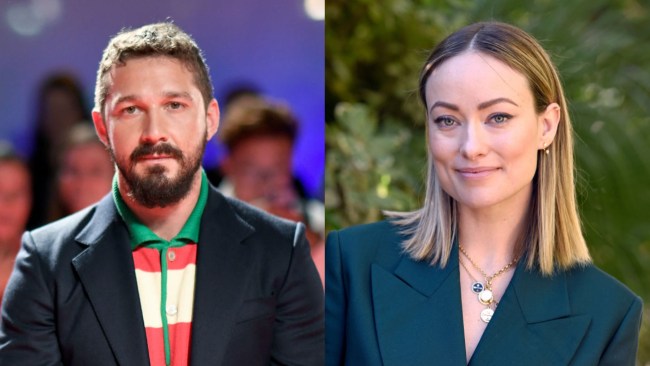 Earlier this week, Variety published a wide-ranging interview with actress and director Olivia Wilde, who is in the midst of promoting her second directorial effort, the already-trendy Don’t Worry Darling, which features Florence Pugh and Harry Styles in its lead roles.

Prior to Styles, though, the lead male part in the film was set to be played by Shia LaBeouf, who was not only cast in the film but began production on it, as well.

During the chat with Variety, Wilde said that she fired LaBeouf — who was shortly thereafter accused of sexual, emotional, and psychological abuse by his former partner and Honey Boy co-star FKA Twigs — because her priority was to make co-star Florence Pugh “feel safe.”

“I say this as someone who is such an admirer of his [LaBeouf] work: His process was not conducive to the ethos that I demand in my productions,” Wilde said.

“A lot came to light after this happened that really troubled me, in terms of his behavior. For our film, what we really needed was an energy that was incredibly supportive. Particularly with a movie like this, I knew that I was going to be asking Florence to be in very vulnerable situations, and my priority was making her feel safe and making her feel supported.”

LaBeouf, however — who has largely receded from the spotlight since FKA Twigs’ allegations back in December 2020 — apparently took issue with Wilde’s comments and resurfaced to dispute them.

In an email to Variety sent on August 25, just a day after the Wilde cover story was published, LaBeouf claimed that he “quit” Don’t Worry Darling due to lack of rehearsal time and apparently provided the outlet with screenshots of alleged text and email conversations between him and the director.

In the emails, LaBeouf wrote, “You and I both know the reasons for my exit. I quit your film because your actors and I couldn’t find time to rehearse.”

According to the texts, LaBeouf and Wilde met in person in Los Angeles to discuss his exit from the film on Aug. 16, 2020. Later that night, Wilde texted him [in part], “Thanks for letting me in on your thought process. I know that isn’t fun. Doesn’t feel good to say no to someone, and I respect your honesty…. I’m gutted because it could have been something special.”

LaBeouf claims he “officially” quit “Don’t Worry Darling” the next day on Aug. 17, 2020, according to the email he sent to Wilde on Thursday morning.

Don’t Worry Darling, which stars Chris Pine, Gemma Chan, and Wilde herself alongside Pugh and Styles, will hit theaters in the United States on September 23.

RELATED: Olivia Wilde Says Getting Served Custody Papers While On Stage Was A ‘Scary, Vicious’ Attack