With The World Ending, Should I Sell My 1 Share Of Tesla? 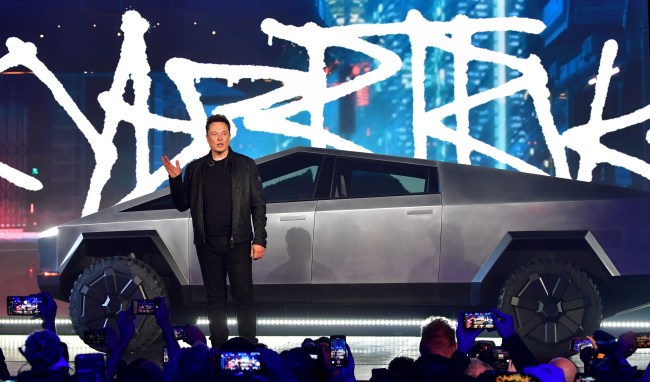 See that there? That’s my stock portfolio. Talk about diversity. 1 share of Tesla, 8 shares of Penn Gaming. Might be the worst E*Trade portfolio in the history of the game. That there is the equivalent to the guy who runs hail mary on hurry up offense every single play of Madden. Just a simple-brained, stupid selection of stocks.

Hand up, I’m brand new to the stock game. I finally bought in to the stock market “fad” a couple weeks ago. I had resisted the urge to invest for many years because my general money principle is to fade the mob. Whatever the most people do, I do the opposite. When my friends tan on the beach, I read under an umbrella. When everyone watched The Bachelor last night, I said fuck this horseshit and watched 60 Minutes. When people are socking money under their mattress, I sleep in an armchair. I was taught this principle by my gambling friends, the idea being that if Vegas is profitable, it’s profitable because bettors* are consistently more wrong than right over time. If you can figure out what the majority of people are doing, and you stick to doing the opposite of that, you might be able to align yourself with the sportsbooks that clean up year after year.

These same friends of mine told me that investing is pretty much gambling. And given that so many people invest, I decided to do the opposite: not invest. Floyd Mayweather is my financial hero. At any given moment, he can hold bricks of cash up to his ears and pretend like he’s talking on two money phones at the same time.

That’s liquid, baby. No E*Trade infant can take that shit away from you.

There’s only one person who could get me to change my ways: Warren Buffet. When that old bag sings, I gotta dance. I don’t know if it’s his simple way of life—the fact that he eats McDonald’s for breakfast every single day, drives a Cadillac, lives in a relatively simple house—but I trust him. He’s the reason I got in to this crazy world of stocks and yields and bonds and forty other terms I don’t understand. He’s also the reason I don’t think I’m going to sell, even though every fiber of my being is screaming at me to rip the cord and get out while I still can. 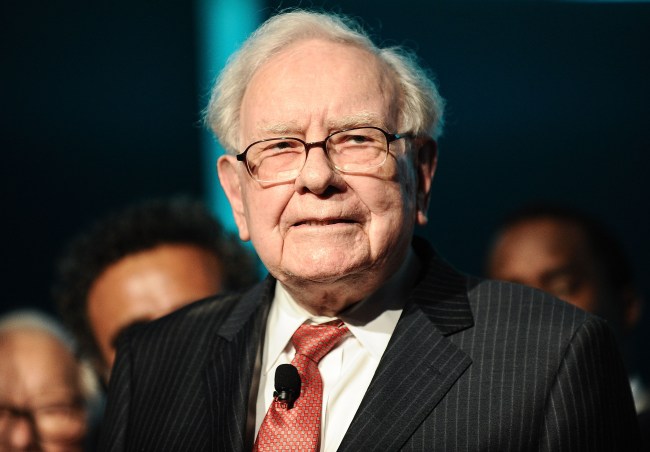 Elon Musk, too. Polarizing as he may be, his episode of Rogan was fascinating as hell. The guy can barely keep his thoughts together. Can’t even speak. Dude would be a NIGHTMARE as your wingman. But his Teslas are as good as it gets. Dad bought one when the going was good. The moment we switched it over to Captain Insane-O mode? Boy oh boy, my nuts were in my throat and I loved every minute of it. A car that wonderful forced my hand. I started my own E*Trade account and bought me a share of Tesla.

Things were going great, for a while. I bought in at $759 and rode that bucking bronco all the way up to $917. But still I held on, thanks to Warren’s soothing, gravelly wisdom. Then the old ‘Rona reared its ugly head and now I’m stuck inside, waiting until it’s dark so I can torch my bong and forget that the world is on fire. My beautiful little Tesla crumb? Crumbling.

I should add that I also bought a few shares of Penn Gaming, a few weeks after they bought my old employer. My boss/mentor/role model Dave Portnoy tied his net worth to their ship and I thought hey—let’s ride together, for old times’ sake. I bought in on March 5th, after it had already dropped a lot, trying to help turn the tide for my pal. Whoops! Down 20%. Sure, I only own 8 shares, but I could really use that $40 right about now. These Amazon Fresh deliveries don’t grow on trees.

So here we are. My stock holdings went from just over $1,000 to $823 today. Every time I log in, I see a whole lotta red numbers. Not good! Part of me wants to buy more Tesla, but something tells me we’re a long way from bottom still.

For now, I’ll sit tight. That’s what Warren said to do. Worst case, I can always sell some of my sneaker collection. Who needs Jordans when you gotta wear a Hazmat suit to go outside?

*I love that we spell “Bettor” with an O, instead of “better.” Yes, we already have the adjective/adverb “better” meaning “superior,” but there are plenty of words that have two meanings that are spelled the same way: windy and windy, bow and bow, lead and lead, bass and bass, etc. These are called homograph homonyms—same sound, same spelling, different meaning. Bettor avoids all that nonsense, as if to let us know that bettors are a different beast altogether. For more etymological daydreaming, check out our podcast Oops. I talk about this shit constantly.