Sierra Nevada’s New Collab With E.H. Taylor Took Seven Years—We Tried It To See If It Was Worth The Wait 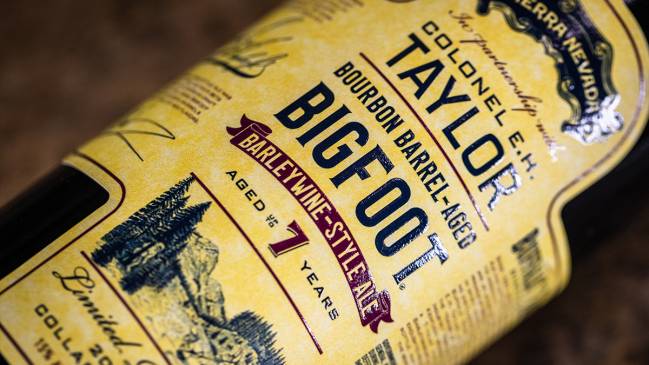 I can only assume most people associate the concept of aging alcoholic beverages with cellars filled with dust-covered wine bottles that see their flavor (and monetary value) change with every year that passes (although whiskey fans are likely mentally transported to a warehouse stacked with wooden barrels filled with increasingly precious liquid).

Beer, on the other hand, doesn’t tend to be something that’s fairly conducive to the aging process; the ever-popular IPA can trace its roots to the ales that relied on hops to retain their flavor during shipping voyages between Britain and India, but the vast majority of styles are best appreciated when they’re fresh.

However, there are some exceptions. Last year, I was lucky enough to participate in a tasting with Dogfish Head founder Sam Calagione that featured a few different bottles that spent 15 years sitting in the brewery’s vault, and the industry legend said a double-digit ABV is the most vital aspect of a few different factors that make a beer particularly conducive to aging.

There are plenty of imperial stouts out there that check the requisite boxes, but barleywine is another style that has a tendency to get better with time—and it’s hard to think of many specific options that fit the bill quite like Sierra Nevada’s Bigfoot.

Bigfoot is the brainchild of fellow craft beer legend Ken Grossman and made its grand debut all the way back in 1983. Since then, it’s become one of the brewery’s more widely sought-after offerings thanks to Beer Nerds who’ve developed a penchant for cellaring—and now, Sierra Nevada has opted to get in on the action with a new collab with E.H. Taylor that took seven years to come to fruition. 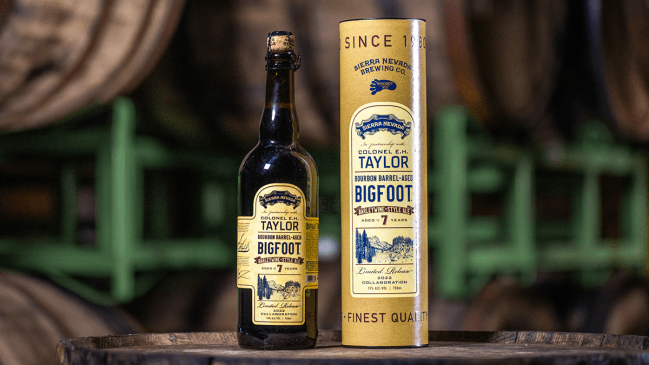 The folks at Sierra Nevada were kind enough to send me a bottle of the limited-edition Bigfoot, a 15% ABV concoction that was aged for six years before being transferred into barrels of E.H. Taylor, Jr. for a final annual cycle and, well, it’s safe to say it was worth the wait.

While I could normally not care less about the packaging of something I’m drinking, I have to give props where props are due for the decision to draw inspiration from the Buffalo Trace’s sublabel that’s developed an increasingly rabid following in recent years; each bottle of the barrel-aged Bigfoot comes in a cardboard tube that shares plenty of similarities with the one every fifth of E.H. Taylor comes nestled in.

I recruited a friend of mine to help me conduct the tasting, and if you pick up a bottle, you’re likely going to want to do the same when you consider drinking the entire thing is basically the equivalent of housing a bottle of wine on your own.

However, there’s a very good chance anyone who gets the nod will end up being very happy that they landed an invite. The standard Bigfoot is already an incredibly solid offering defined by a sweet maltiness built upon a foundation of West Coast hops, but I can only hope the decision to throw it into E.H. Taylor barrels wasn’t a one-off experiment based on the end result.

That aforementioned sweetness is amplified by the barrels that bring out notes of raisin and molasses to create a slow sipper that almost borders on brandy without straying from its barleywine roots. There’s certainly no need to introduce a tiny dram of whiskey into the mix, but if you have the chance to taste it side-by-side with the bourbon responsible for elevating it (or one with a similar profile), you’ll gain even more appreciation for a beer that more than stands on it own.