Need A New Life? Take Advice From People Who Made One Simple Change That Made A Huge Difference 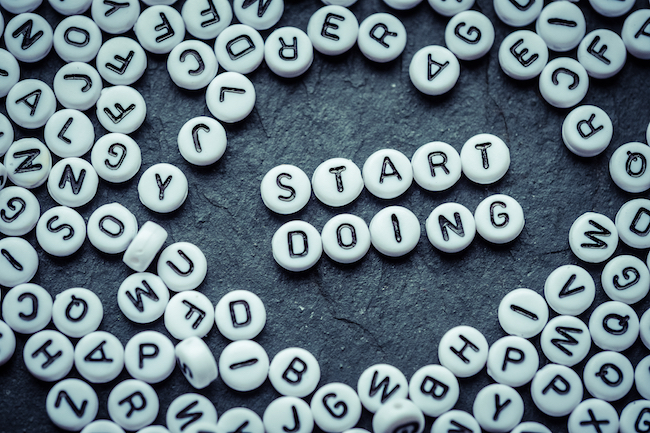 Harold Wilson, former Prime Minister of the United Kingdom, was once quoted that “he who rejects change is the architect of decay.” And that “the only human institution which rejects progress is the cemetery.” Deep but true.

Change is important. Even small, minor life adjustments that can make all of the difference. For example, I quit coffee and it’s made a world of difference. No, I didn’t quit caffeine, I’m not a lunatic. Just coffee.

Redditors shared the simple changes that made a world of difference in their lives. The answers ranged from dropping addictions, sleeping more, putting down the cell phone and even pooping in public. Here are some of the best answers that might promote change in your life.

The Most Powerful Word In The World

“Start saying no to things. Agreeing to everything that anyone brings up is exhausting physically, mentally, and financially, and it gives you more time for introspection and relaxation.” – gvgrguy

Using The Most Powerful Word…At Work

“Started being more assertive at work.

I used to be the super-go-out-of-my-way even on my own time employee. Stayed late. Went in early. Did extra stuff for other people. I noticed it taking a toll on me and my bf suggested saying “no” to things once in awhile as I was being run down just trying to do my job to the best of my ability.

After a few months I no longer get the brunt of things and I feel more respected. Oh, and other people are picking up their own slack!” – kelkivo

“Checklists. I used to always procrastinate super hard but now i just list all the things i need to get done and one by one i whittle it down. Plus it feels so satisfying crossing something out.” – Kemkempalace

“Cycling to work. I was nervous at first, but after a few days I was hooked. Can’t stand to go any other way now. Great exercise, great for the legs, and once you’ve got your stuff it’s free. Once I get home, I’ve burned off any stress from work and don’t have to dread going for a run after my kid’s in bed.” – unusedmonitor2

“Getting enough sleep, at least most nights. I do best with around 9 hours of sleep, with 8 I usually feel as if I could have gotten a bit more. It’s inconvenient, sure, but it’s amazing what kind of a change I saw in myself and my general anxiety levels once I started prioritizing sleeping more.” – livinginthefastlane

“I started tracking my calories.

At first, I didn’t even change my eating habits. I just wanted to see how bad I was doing by just “winging it”, which I knew was bad beforehand because it showed in my body. That being said, I was astounded at how many calories some things have and how a lot of things marketed as low fat/sugar aren’t really that great for you if you’re trying to cut calories.

Tracking alone made me tighten up my diet and really consider “is that cake/donut really worth 10% of my calories for today?”. It’s permanently made me pass on certain foods just because they are so calorie dense that any enjoyment out of eating them is lost on me.

I won’t say it’s been a flawless race, my weight has still fluctuated up and down but overall, since I started counting calories 5 years ago, I’m down roughly 100 pounds, my self confidence is soaring, I met, dated, and married an amazing woman, and I feel awesome.” – sheymyster

“Got rid of half my clothes to cut down to basics that I actually wear, donated the rest” – AMGS_Initiative

Go Rocky On Yourself

I have ADHD, and this habit allowed me to stop relying on Adderall to get through my (first school, then) work day. It also improved my overall health and fitness, partially because of the exercise, but also because it’s easier to get moving if your diet is more balanced. It even allowed me to get to the point where I could run half- or full marathons a few times a year.” – articulateantagonist

“Yoga once a week. I’ve seen a decrease in my back pain, an increase in my energy and my flexibility. I feel more relaxed and refreshed. And my yoga teacher gave me good stretches and breathing exercises to do when I’m stressed or feeling uptight.” – SalemScout

Put The Phone Down, Dad!

“Started spending more time with my kids. When my son asked me to stop spending so much time on my phone, I listened. It’s still something I have to actively pay attention to and remind myself to do because it’s so easy to get sucked in and let 5 minutes become an hour or more, but I can see a difference in their behavior and our bond.

I’ve been planning more outings for them and we’ve been hanging out and talking more and just having more quality family time. I realized I’m not going to get this time with them back, and it’s just not worth it to waste on a screen or an app that can wait.” – truebluerendezvous

Get A New POV

“Honestly trying to picture the way I was acting and the things I was saying from a third person view. Pretty much asking myself “what what I think of a person who said/did this thing to me?” It exposed a lot of arrogance and obnoxious habits that I didn’t realize I had. I know it seems weird but I was actually pretty oblivious to how insufferable I was until I literally just pictured “me” interacting with myself.” – FloralBison

“I started taking vitamin D. Goodbye decades of crippling depression. Through 10+ antidepressants over the years, the answer was right there the whole time. I also take a multivitamin now.

Edit to answer the questions: I take vitaFusion gummies, vitamin D3 2000IU. The dosage is 2 gummies once a day. Before this the doctor put me on ergocalciferol prescription vitamin D. I haven’t noticed a huge change between the 2.” – Elgalileo

Turning Money Into A Game

“Putting money into my savings every payday, and refusing to spend it. This has also made me fix my spending problems. I started looking at my personal finances like an RPG (ya know, save everything, be frugal about any spending) and that’s what got it to click for me.” – Swichts

NEXT: Bill Gates Named His ‘New Favorite Book Of All Time’