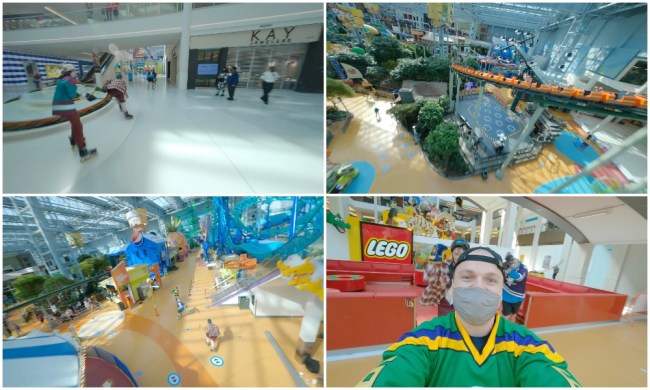 Drones have been around for quite a while now, they’re pretty mainstream when it comes to videography these days. I’m honestly not sure you can call yourself a YouTuber if you don’t actually own a drone. No matter the fact that we’ve gotten used to drone footage, crispy single-shot videos coming from a robot flying through the air are still mesmerizing, and JayByrdFilms may be doing it better than anyone else in the game.

Back in March, he blessed us with a single-shot video flying around an incredible old-school bowling alley in Minneapolis. That video has garnered almost 2 million views over the last month and a half and even caught the attention of Guardians of the Galaxy director James Gunn. This time around JayByrdFilms decided to take on a bit more of an expansive property, the Mall of America.

The video starts off rather calmly, but it doesn’t take long for the pace to pick up as the drone follows a group of rollerbladers through the mall en route to the many rollercoasters inside the building. The drone gets up close and personal with a number of rides, flies around the giant LEGO store, and works its way into certain areas of the mall that only an incredibly skilled drone pilot could manage to find.

The phrase ‘viral video’ gets tossed around far too much, but that’s exactly what this is. Take 2 minutes and 17 seconds out of your day to watch this, I bet you watch it more than once.