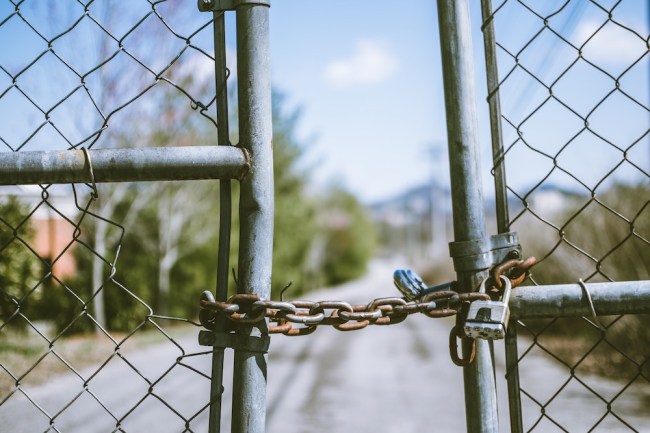 Photo by Travis Saylor from Pexels

On Friday, the Jackson, New Jersey Police Department made a strange request of all residents — stay out of Six Flags Great Adventure and Safari during the coronavirus pandemic.

The amusement park had three uninvited guests in 24 hours.

On Thursday, a 49-year-old man was issued a summons for defiant trespassing when he was caught on the property and told police that he was there to see the animals, according to Facebook post from the Jackson Police.

The same day, officers were told that two men were captured on park security cameras climbing over the fence and entering the safari property where they “potentially could have risked coming into direct contact with the safari animals,” Jackson Police Captain Steven Laskiewicz said in the post.

According to police, the two men wandered around the safari for about an hour before leaving.

The cops released a photo of the trespassers and are looking for any information that may lead to their arrest.

“We recommend that residents observe the Governor’s Executive Orders and stay at home, but if you do go outside, please remember to distance yourself from others socially,” stated Jackson Police Captain Steven Laskiewicz.

“If going out, please do not trespass onto Six Flags Adventure Property (or any others), as the park is closed at this time.”

The official Six Flags Safari website boasts that the park has over “1,200 animals from six continents including elephants, rhinos, tigers, giraffes, and lions” but what they don’t have is a better way to keep people from randomly wandering onto the property.

It’s unknown whether the two trespassers were able to take any good selfies with the animals.

No matter how good the shots, it’s probably in their best interest to keep the photos off social media. Let the woman who snuck into the Bronx Zoo to dance in front of lions be a lesson.

And to be honest, hanging out with dangerous caged animals during a pandemic isn’t the safest idea anyway. Not only could they eat you, but they could also give you coronavirus.

I’m a New Jersey resident, and the Garden State has been on lockdown for well over a month.

The only things I’ve done outside my living room have been running the empty streets for fun, to my ex’s house to see my kids, and the grocery store.

I’m bored as hell, but not once did I think, “I should break in Six Flags and try and pet some cheetahs.”