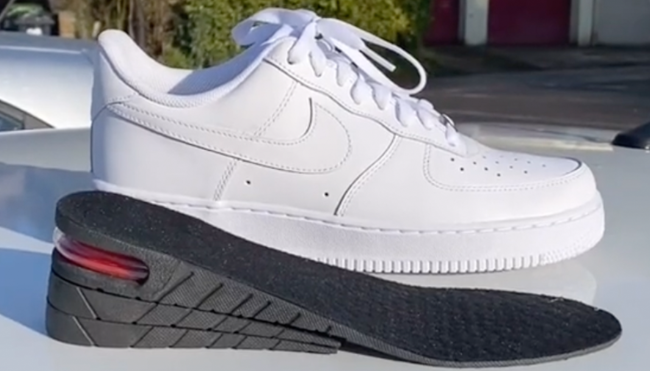 I’ve always been pretty fascinated with society’s obsession with height, which is something I’m incredibly well-acquainted with thanks to a 6’10” frame that makes it virtually impossible for me to go out in public without someone stopping me to ask if I play basketball, trying to guess exactly how tall I am, or (my personal favorite) simply informing me that I am tall as if that’s something that’s never been brought to my attention before.

It’s sort of like being a celebrity, just without the boatload of money and fame.

I honestly don’t mind all of the attention despite having answered the same questions thousands of times over the course of my life—including “What’s it like to be that tall?” I never really know how to respond to that, as I’ve never really known what it’s not like to possess a freakish amount of height, but aside from not being able to fit on airplanes and having to stay vigilant whenever there’s a ceiling fan in my vicinity, I don’t have much to complain about.

The same cannot be said for men on the other end of the spectrum, as the aforementioned fixation with height can be an incredibly contentious issue for a lot of guys who are forced to grapple with the very real disadvantages that come with having a noticeably shorter stature. This is especially true when it comes to dating, which is why Tinder managed to strike heart into the fear of anyone who has nightmares about their match pulling out a tape measure when it jokingly announced a “Height Verification” feature for April Fools’ a couple of years ago.

That prank was no laughing matter for dudes who literally stretch the truth by listing their height at 5’9″, which seems to be the magical threshold for a lot of women who view anyone shorter as an automatic left swipe. Now, there’s a new product taking TikTok by storm that lets vertically-challenged guys take their height (and deceptive tactics) to a new level.

We may live in an increasingly progressive world, but you’re still not going to find many males out there who’d be willing to rock high heels in an attempt to compensate for their shortcomings (which is particularly ironic when you realize those shoes first Had A Moment when rich European men started rocking them in the middle of the previous millennium.)

Thankfully, a company called SizeUps has dreamed up a potential solution in the form of foam insoles that can add up to three inches to your frame, which have come to the attention of the internet thanks to the TikTok videos that seemed to have drawn some inspiration from Dr. Pepper 10’s “It’s Not For Women” marketing campaign.

Every guy needs to know about this

I’m not really sure what the end game here is, because if your goal is to harness these to convince a Tinder date you didn’t lie on your profile, you’re going to have to really commit to the bit. At the end of the day, I’m not going to knock anyone for giving them a try, but if you do, you better make sure you know how you’re going to respond if she ends up asking “Why do you still have your shoes on?” at a certain point later in the night.