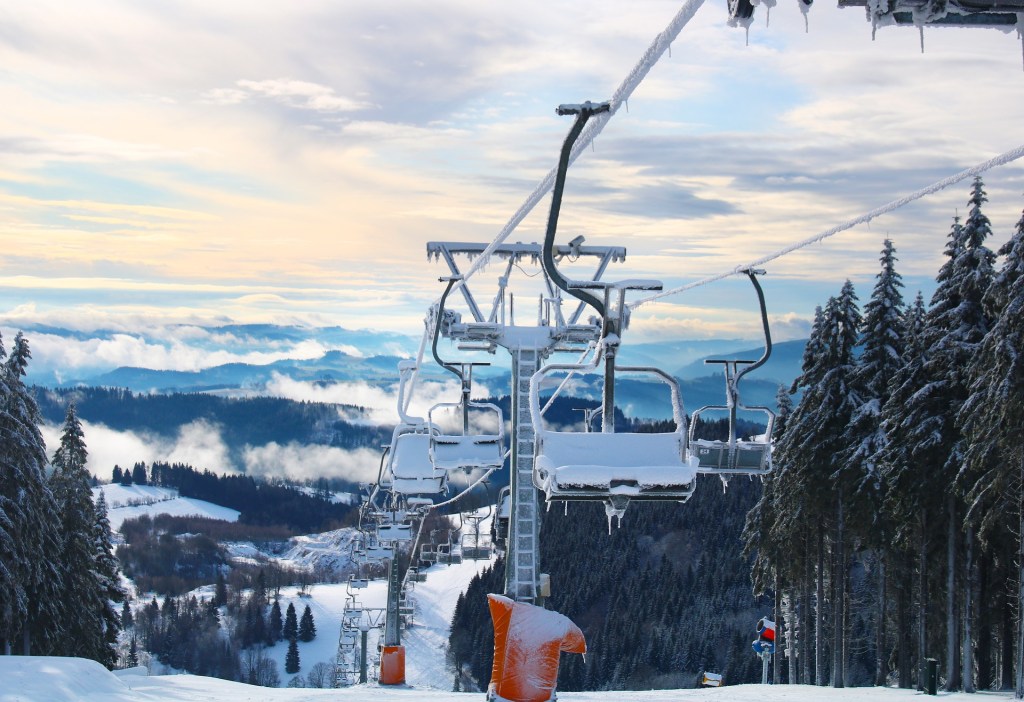 Anyone who has ever ridden the ski lift up a mountain has had flashes of how terrifying it would be if you somehow got stuck and were hanging up there for someone to rescue you. That nightmare became a reality for one skier in upstate New York when she was hanging to the lift by her jacket that was stuck.

It’s not fully clear how she got into this situation to begin with but someone down below was filming by the time she was dangling like Hans Gruber falling from Nakatomi Tower in Die Hard. The short clip that’s since gone viral shows a rescue team positioned underneath her with a trampoline to cushion her eventual free fall to the icy ski mountain down below.

This took place at the Bristol Mountain Ski Resort in Canandaigua, N.Y. which is due south of Rochester and east of Buffalo. The girl’s sister told Good Morning America that she escaped the incident unharmed. If that was me up there I’m almost certain I would’ve found a way to break a bone or take a ski through the sternum. ABC 7 NY reports there’s now an internal investigation into how this was able to happen.

The girl’s sister told “Good Morning America” that she had escaped from the incident unharmed.
“She was OK. She wasn’t injured. She was able to stand up and walk away,” said Noah Wilson, a witness. “There was a ton of relief. Everyone was clapping and cheering.”
Daniel Fuller, Bristol Mountain’s general manager, said the resort plans to conduct an internal investigation into the incident.
“I don’t know how she got into that particular situation yet,” Fuller said.

I think one aspect of this story that’s blowing my mind is it was really only a 15-foot fall from where she was dangling on down to the trampoline, give or take 8 or so feet for her height and the rescue workers standing below who were trying to gain solid footing on the side of a ski mountain. Every ski lift I’ve ever been on has felt like I was hanging 50 feet above the ground.