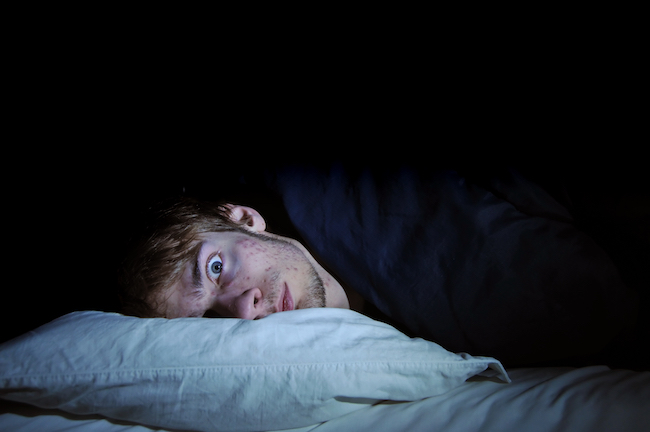 Sleep comes easy for some people. For the other 99% of humans, falling asleep and staying asleep is a nightly struggle. If it’s not a sleep tracker keeping us awake, it’s random and imagined explosions inside the brain.

Perhaps the most significant obstacle to getting solid shut-eye are the myths people believe about getting to sleep and staying asleep.

With the breadth of information — both factual and fake — about sleeping, Fast Company compiled a short list of the most common myths that people subscribe to when it comes to nighttime napping. It turns out many people believe things that just aren’t true about our bodies and sleep.

For example, being able to function during the day doesn’t mean you’re getting enough hours under the covers.

“When you’re consistently not getting enough sleep,” FC explains, “you get used to feeling tired, and your body adapts to function on that amount of sleep.”

In other words, go for so many straight nights without enough sleep, and your body will just adapt and assume that’s the norm.

Fast Company also warns against attempting to train your body to be a “morning” or “night” person. You’re born either an early riser or night owl. Nothing is going to change your DNA. The website also warns about getting consumed with numbers. Eight hours is the accepted and prescribed number of hours per night, but every person is different. Sleep quality is much more important than quantity.

And finally, Fast Company busts the biggest myth of all.

A lie so massive people we’ve all been falling victim to it since college or maybe even earlier in life. The myth? There’s no such thing as “catching up on sleep.”

Sleep coach and consultant Patty Tucker told Fast Company, “this practice is not doing people any good. The harm of bingeing on sleep on Saturday and Sunday is that it makes it hard to get a full and well-constructed night of sleep on Sunday night, which then sends us off into the workweek on the wrong foot.”

The best idea is to stick to a schedule, only use your bed for sleeping, and turn off your damn cell phone. If all else fails, find a job that involves sleeping.