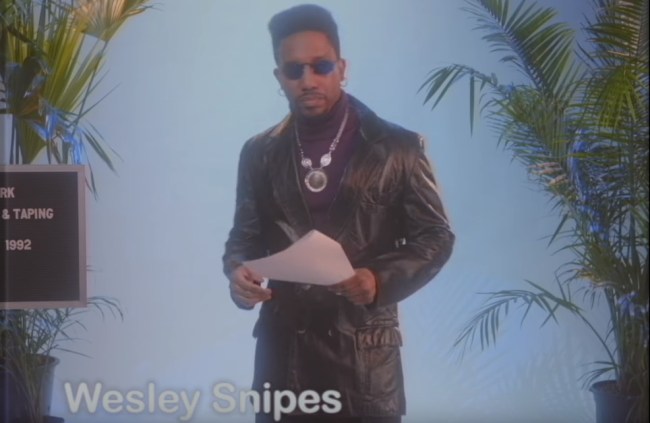 Jurassic Park was released on June 9, 1993, and to celebrate Steven Spielberg’s dino-filled flick Saturday Night Live released “never-before-seen screen tests.” The SNL skit imagines what if some of the biggest stars of the early 1990s auditioned for Jurassic Park.

Some of the impressions fall short, but many are definitely spot-on. Former SNL cast member and this week’s host Bill Hader brought back his impressions of Alan Alda and an Al Pacino.

Meanwhile, Wesley Snipes gives out tax advice instead of reading his lines during the audition. Other personalities from the 1990s that auditioned for Jurassic Park were Roseanne, Hugh Grant, Clint Eastwood, Whoopi Goldberg, Eddie Vedder, and Joey Lawrence… WOAH!