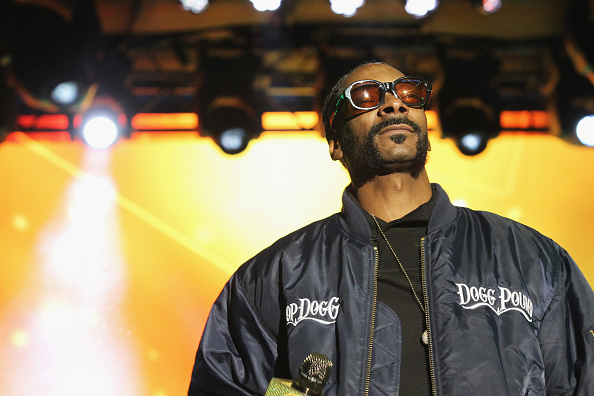 A bull terrier was abandoned on the side of the road by its owner in England’s Stoke-on-Tent neighborhood on December 17th. The dog was brought to England’s Royal Society for the Prevention of Cruelty to Animals where veterinarians cared for the dog. The vets named the dog “Snoop.”

This is Snoop the abandoned dog, think the owner should be tracked down and reunited, not with the dog but maybe a slap 👋 pic.twitter.com/cbUCiujfJ5

The RSPCA posted footage of the owner ditching the dog that was captured by a surveillance camera at a nearby home. The video of the awful desertion went viral and even was popular in the U.S. where Snoop saw it.

“Snoop is such a lovable character and enjoys being around people and gets on well with other dogs,” said a spokesperson for the RSPCA. “He just loves getting close to people, sitting between their legs and having cuddles, and is certainly enjoying lots of love and affection from the staff.” Soon hundreds of people were offering to adopt Snoop, even Snoop Dogg.

The heartbreaking story of poor Snoop, who was captured on CCTV chasing his owner's car after they dumped him on the roadside. https://t.co/uSsX8QekL4 pic.twitter.com/Nqnqd4we3p

“It is heartbreaking. There is always room for another dog in Casa de Snoop. If he really needed a home then he has one with us,” Snoop Dogg said. “But I don’t think there is going to be any shortage of loving homes after all the exposure he has got.”

“We have been overwhelmed by the hundreds of supportive messages for Snoop and all the people who have offered to give him a home, including some well-known faces such as rapper Snoop Dogg, comedian Sue Perkins and journalist Andrew Neil,” a spokesperson for the RSPCA said.

Awesome job by Snoop Dogg and what a cruel owner to do such a heartless act.