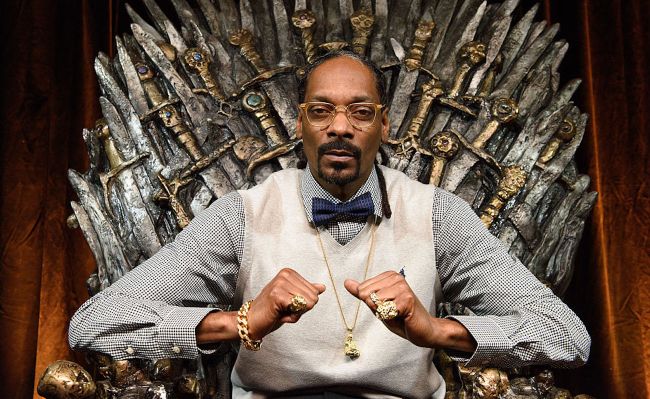 I’m not going to sit here and pretend that I’m the biggest Snoop Dogg fan you’ve ever met. Certainly when it comes to his music. That’s not to say that I don’t like it — I know all the bangers, college party staples from now until eternity — but Snoop’s music was at the height of his popularity when I was a child. I grew up more in the Eminem/Jay-Z/50 Cent etc. era. But Snoop has a human? Snoop Dogg the guy — him I’m a huge fan of, because as this glorious Twitter thread points out, he’s been popping up almost everywhere for the last 20 years.

And truth be told, I suppose I never consciously realized just how random and wide-ranging Snoop Dogg’s career is. From acting roles to wrestling rings, from sports highlights to Comedy Central roasts to Bollywood, Snoop Dogg, as one Twitter user hilariously put it, has apparently completed life and is now doing the side missions. Plus, not to mention his hilarious yet also genuine friendship with 80-year-old Martha Stewart (who co-worker Matt apparently wants to leave his fiancee for).

for real that nigga be everywhere pic.twitter.com/EFhhNNWjy3

Snoop doin an ad for a German cellular company pic.twitter.com/BDmmizFc7a

He literally does stuff for no reason. 😂 pic.twitter.com/Y2MzFa4kKh

He lives by his own rules. pic.twitter.com/hVKaJaGbW7

snoop really does everything, including bollywood 😭 pic.twitter.com/3RWBURgfVK

He has the most random cameos😂 pic.twitter.com/olbCNpFpHz

😭😭 he’s playing the CPU on one of my son’s fave shows and he keeps pronouncing “binary” wrong but I love him pic.twitter.com/Az44c45flY

Snoop Dogg really is a beacon for stoners everywhere: smokes more weed than 99% of the planet yet remains wildly productive. All hail Uncle Snoop, the low-key random king.