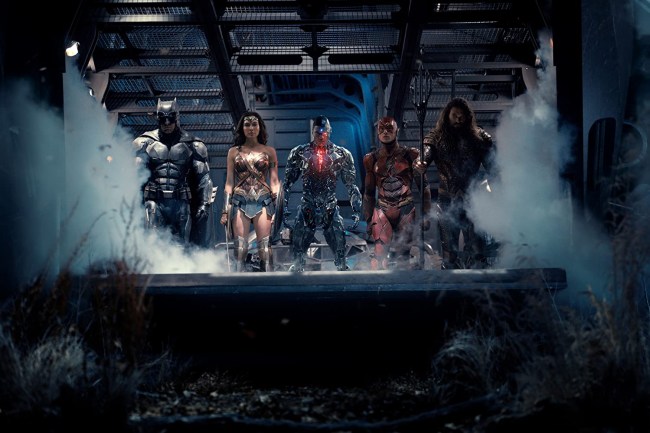 Last night, the comic book nerd world was completely upended when legitimate reports began to leak out that the long-debated, highly-anticipated, nearly-mythological “Snyder Cut” of Justice League is actually on the verge of being released.

Ever since the paltry Justice League was released in 2017, fans of the franchise all across the world have been clamoring for the release of the “Snyder Cut”, which is a supposed version of the film that represents director Zack Snyder’s true vision for the franchise.

As we all know, the version of Justice League that was ultimately released in theaters was something of a Frankenstein film following Joss Whedon’s assumption of directorial duties, who took over so Snyder could deal with a family tragedy. According to The New York Times, Whedon added roughly 80 new pages of dialogue — many of which were filled with those trademark Whedon-esque quips that made the tone of the entire film uneven. To put that into perspective, the average screenplay is somewhere between 120-160 pages, meaning Whedon essentially shelved half of Snyder’s original film.

It’s been a long and winding road in the nearly-three years since the release of Justice League, as what began as an online fan movement picked up legitimate credible steam last fall when the film’s stars, such as Ben Affleck and Gal Gadot, tweeted their support of the now-legendary Snyder Cut. The moment the two most powerful actors involved with the project lent their voice to the cause, what began as a pipe dream suddenly was within grasp, thus leading us to where we stand now.

At the time of this writing, the launch of WarnerMedia’s streaming service HBO Max is just eight days away, so it should come as no surprise that the reports of the Snyder Cut’s impending release are beginning to disseminate now. And what better way to get a massive subsection of entertainment consumers (comic book/superhero fans) to sign up for your streaming service than a premiering a mythologized film that features the likes of Superman, Batman, and Wonder Woman.

The clues don’t end there, as coincidentally enough,  Zack Snyder will be hosting a watch-party of Man of Steel tomorrow, which is exactly one week ahead of HBO Max’s launch.

I'd watch this on Wednesday morning if I was y'all…just sayin'.😎 https://t.co/LuMPyVdmKP

When considering all these factors — the support from the film’s stars, the legitimate reports of the film’s release, the launch of HBO Max, and Snyder’s Man of Steel watch party — it seems more likely than ever that the Justice League film fans have been waiting to see may finally be around the corner.