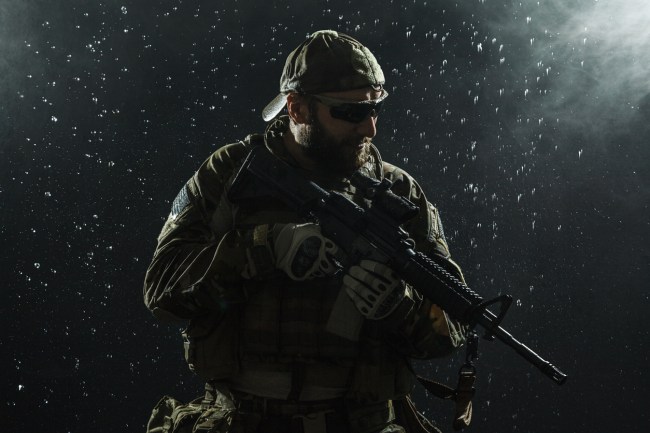 A U.S. soldier who is serving in Afghanistan has received approval to grow a beard because of his Norse pagan beliefs. Sgt. 1st Class Benjamin Hopper became the first guard soldier to receive a religious accommodation approval for a beard.

Sgt. 1st Class Benjamin Hopper of the Nevada Army Guard’s 3665th Ordnance Company was given permission to grow a Norse beard. Based on his Norse pagan beliefs, Hopper was permitted to sport a Skegg, which is the Old Norse word for a beard. Hopper said beards are “sacred and defining feature of masculine men.” Norse paganism is a polytheistic Scandinavian-based religion that is at least 2,000 years old and worships gods Odin and Thor.

“My personal faith is deeply tied to the modern warrior lifestyle that I have been able to live during my military career,” Hopper said. “In short, it is honoring the pillars of heathenism, our ancestors and ancient gods and way of life.”

The 34-year-old Hopper said he has been practicing his Norse pagan faith for about two decades. Hopper, who is from Madison, Alabama, wore a “full, reddish-brown beard” since his deployment to Afghanistan in the summer. But this month, Hopper’s beard was finally approved because of his religious beliefs since beards are encouraged in the Norse pagan faith.

The number of religious accommodations, including beards, is likely to grow within the ranks of the Nevada National Guard. SFC Benjamin Hopper now wears a beard while in Afghanistan and other Pagans within the state are seeking approval to sport beards.https://t.co/GvNr1KX4iM pic.twitter.com/f3gF3tV0YI

Two other pagan U.S. soldiers have filed a request to sport beards, according to the Nevada Guard’s Chaplain’s Office.

“The chaplain corps will work with any military member to aid them in a genuine pursuit of an accommodation,” said Joint Force State Chaplain Maj. Donald Crandell. “However, we are not actively promoting a trend in this direction or seeking to normalize it.”

“Regardless of why, the wear of a beard while in uniform does tend to raise a number of questions,” Hopper said. “I’ve been brought before some fairly high-ranking individuals to explain the situation as it is a newer process in the Army.”

The U.S. Army prohibits facial hair and demands that all soldiers be clean-shaven. But in January of 2017, the U.S. military began allowing soldiers to grow beards in the name of religious acceptance. The Defense Department allowed soldiers to grow beards if its a part of their religion, such as Sikhism. The religious accommodation waiver also allowed U.S. military members to wear other prohibited items such as a turban, headscarf, and yarmulke if it is required in their faith.

In 2017, an anonymous 795th Military Police Battalion soldier had his waiver approved to sport a beard. “I grant your accommodation, subject to the standards and limitations described below,” said commander Col. Curtis Shroedero. “In observance of your Heathen; Norse Pagan faith, you may wear a beard, in accordance with Army uniform and grooming standards for soldiers with approved religious accommodations.”

“I have had absolutely no hindrance to my professional performance or accomplishment of the mission due to my beard while deployed in Afghanistan,” Hopper said. “I do get up a little earlier than others to make sure it is in accordance with AR 670-1, but that is about it.”