The World’s Luckiest Soldier Fell Into A 300-Foot Tall Volcano In Hawaii And If I’m Reading This Correctly He Somehow Survived?!?! 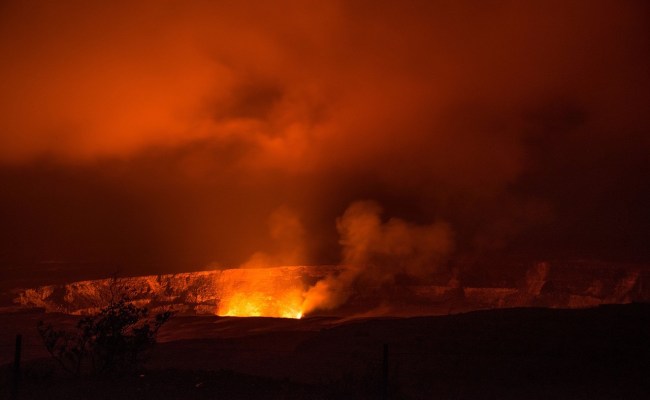 I can certainly understand the temptation to travel to exotic locales but it seems like some of the most beautiful places in the world are also home to a ton of stuff that can kill you.

Sure, the plains of Africa are all good and fun until you’re mauled by a lion or trampled by a horde of wildebeests and the Amazonian rainforests seem like a great place to visit until you’re crushed and slowly digested by a giant anaconda or killed by a frog the size of a penny.

Of course, animals aren’t the only things that pose a threat and there are plenty of natural wonders that come with their fair share of downsides as evidenced by the number of frozen bodies lining the walls of Mount Everest.

As the fat dude from The Italian Job once said, Mother Nature is one of the things you never mess with in life and one man learned that the hard way when he recently made a visit to the creatively named Hawaii Volcano National Park.

According to NBC News, a 32-year-old soldier who was on vacation made the brilliant decision to climb over a metal barrier meant to protect people from falling into the 300-foot tall Kilauea caldera and promptly fell into the active volcano.

In a stroke of what I guess you could call luck, he landed on a ledge 70-feet below the surface and rescuers were able to extract him to safety via ropes after someone discovered him two-and-a-half hours after he plummeted down.

A 32-year-old soldier has been rescued after he fell almost 70 feet into an active volcano in Hawaii's Volcanoes National Park. pic.twitter.com/t3JaIpNEr9

Park rangers weren’t exactly thrilled with his decision and issued a statement reminding people that barriers exist for a reason so, you know, you might want to keep that in mind if you ever feel tempted to follow in his footsteps.