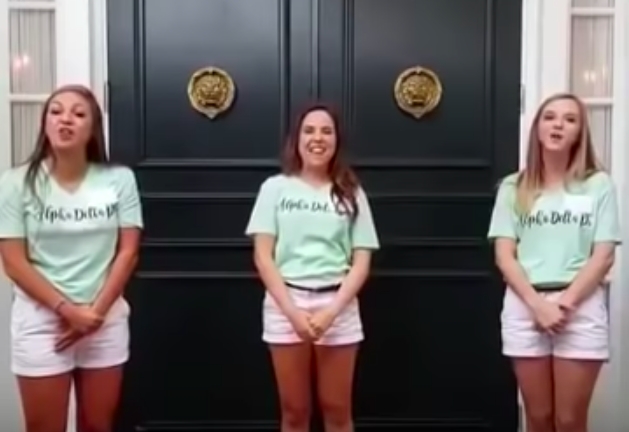 In 2012, I saw my childhood friend’s dad’s hog in the locker room at our local gym. I kid you not this guy’s pubes were longer than a Supreme line. I learned that day that he was one of those dudes who felt most in his element when he was naked around strangers, and I also learned that keeping eye contact during a forced conversation in this situation constitutes an extreme sport. This moment haunted me for the next five years. I lost touch with his son, was unable to cultivate new relationships with women, and a vivid image of that unkempt pube bed forced its way into my consciousness at the most inconvenient of times.

Within the past year, time has healed my wounds and I’ve been able to suppress this ghastly visual, and move on with my life.

But, just when I thought I was overcoming the trauma, an equally terrifying string of images was brought to my attention and now I will have to sleep with a night light and see a therapist twice a week.

The video is making the rounds again after going viral in 2016, but I’d be willing to bet that the University of Texas at Austin’s chapter of Alpha Delta Pi still has human body parts in their freezer.

it's 2019 and there's still no video more terrifying than this pic.twitter.com/jaunrZAxyQ

an inside look at hell pic.twitter.com/oTZf7Mg18u

Me arriving in hell after I die & being greeted by all my Twitter mutuals pic.twitter.com/mvZdYsjBBS

Between this and that terrifying sorority video, I’ve been getting a lot of great inspiration recently. https://t.co/QMEmYlPQDr

Adding the Us music takes it to a whole new level of horror.

Have fun falling asleep tonight. And remember, there are no such thing as monsters under the bed. They only live in sorority houses in the south.