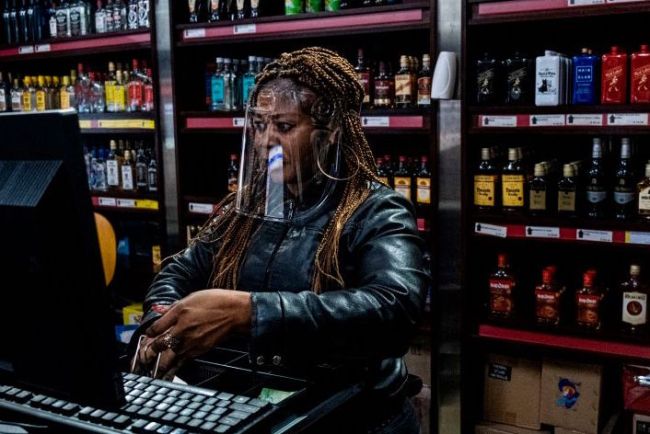 Earlier this year, I found myself doing a little bit of self-reflecting after realizing my definition of “essential items” was slightly different than that of the people who raided shelves for toilet paper and canned goods, as the first thing I did after it became clear there was a lockdown on the horizon was make a trip to the liquor store to buy as much booze as I could carry.

I wasn’t exactly sure how long it was going to last me, but thankfully, I didn’t have to fret too much after I made my way through the various bottles far sooner than I anticipated, as the powers that be were nice enough to not make the situation more miserable than it had to be by allowing establishments that rely on the sale of alcohol to stay afloat to remain open.

A few months ago, the least surprising study ever published revealed plenty of Americans had turned to this tried-and-tested coping strategy to make the terrible reality they found themselves inhabiting a bit more bearable. However, people in South Africa have had trouble harnessing the same approach, as the country added insult to injury when it outlawed alcohol sales for three months after kicking off its initial lockdown before banning them once again over the summer.

Officials did give the country’s residents a bit of Christmas gift when they allowed businesses to start selling drinks at the beginning of December, but anyone who failed to do a bit of stockpiling has found themselves out of luck yet again, as the Associated Press reports President Cyril Ramaphosa is once again shutting down all bars and liquor stores as South Africa deals with yet another spike in cases.

Ramaphosa cited the unnecessary strain alcohol-fueled behavior has put on an overwhelmed health system, saying he believes drinking has resulted in people making ill-advised decisions that have helped the virus spread in addition to those who’ve been hospitalized as a result of booze-related accidents and violence.

There’s no real way to do a utilitarian cost-benefit analysis here, as even if you consider the negative economic, psychological, and (when it comes to people who are a bit too reliant on alcohol) medical impact it could have, it’s hard to argue those downsides outweigh the whole “stopping people from dying” thing. I’d pour one out for everyone affected by this, but at this point, I’m not wasting a single drop on the off chance I end up facing the same dilemma at some point.