South Dakota Spent $450,000 On Ad Campaign To Combat Meth But Gets Dragged By The Internet For Seemingly Promoting Drugs 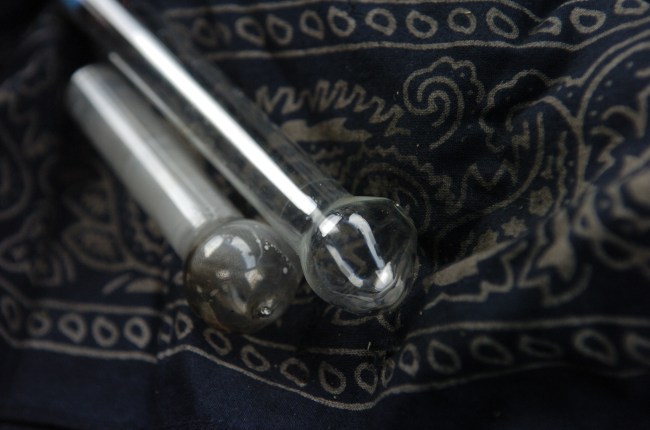 A new anti-meth ad campaign was launched by the state of South Dakota with the slogan “Meth. We’re On It.” But many Twitter users noted that the slogan sounded as if it was promoting the lethal drug and dragged South Dakota over the slogan.

Like many places in the United States, South Dakota has faced a methamphetamine epidemic. South Dakota issued a press release detailing the issues it is having with attempting to reduce meth abuse in the state. The statement said that there have been 2,242 meth-related arrests in South Dakota between January and August of this year. During the same time period, there have been over 57,000 grams or about 125 pounds of meth seized, and three meth labs shut down.

South Dakota’s Department of Social Services paid nearly $450,000 for the Broadhead Co. ad agency from Minneapolis to develop an anti-meth campaign to persuade people to not do meth. The statewide campaign will include a TV commercial, billboards, posters, and a website.

However, the half-a-million-dollar ad campaign seemed to promote methamphetamine use.

South Dakota has launched a campaign to combat meth.

The slogan for the campaign shows several South Dakotans with the caption: “Meth. We’re On It” and “Meth. I’m On It.”

The ad campaign seemed so preposterous that people wanted proof that the “Meth. We’re On It.” was a legitimate state campaign. South Dakota Governor Kristi Noem unveiled the poorly worded ad campaign in a Facebook video.

"The tagline is: I'm on meth," says the governor of South Dakota, ON VIDEO.

Well, the campaign is sure to achieve the state's goal of getting people talking about an important issue. pic.twitter.com/eIdYqgLqDn

South Dakota: If we were any higher, we'd be North Dakota.

Some had the counterpoint that the ad campaign did just what they intended to do — bring awareness to meth abuse in South Dakota.

South Dakota could’ve launched a standard public service campaign about meth addiction today and nobody anywhere would’ve noticed. Now you all know. And the message behind it is strong https://t.co/NMaH69F7Js

I hope you've all figured out that South Dakota's ad agency knows exactly what it's doing and you're giving them the attention they wanted? (If their slogan had been of the "Don't do meth; it's bad for you" ilk literally no one would be aware of SD's anti-meth campaign today.)