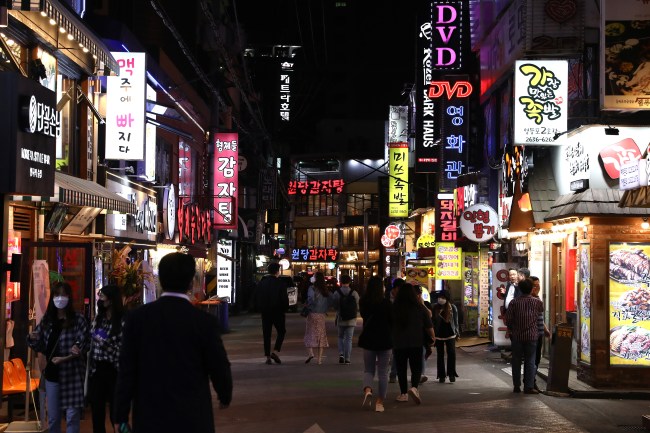 South Korea has been praised for their handling of the virus outbreak. They’ve been able to staunch the spread using aggressive tracing and comprehensive testing. For an idea of how things are going over there, read this quick twitter thread. Pretty fascinating.

As an American currently in South Korea, it’s very interesting to me the stark contrast of how different the two countries’ response to coronavirus is. I don’t think most Americans fully understand the lengths that South Korea has undergone, so I’ll try my best to explain.

Obviously, this is a pretty different method from what we’re doing in America. The government has basically become the suspicious girlfriend/boyfriend to every citizen, demanding that people enable location sharing, checking in with them 3x/day, etc. This tweet was particularly contrasting:

There’s absolutely no protests or demonstrations about the anti-freedom measures or invasion of privacy. I’m not an expert in Korean politics but it seems like everyone accepts these measures as required to address this pandemic.

Needless to say, I don’t think this approach would fly in the U.S. And as effective as the Korean government has been in handling the virus, there are some pretty sad consequences to surrendering your privacy for the sake of stopping the spread.

Recently, a 29-year-old man hit three gay nightclubs in Seoul. He later tested positive, and it’s possible he may have infected 2,000 people. In response, the government is asking that anyone who went to the area where the clubs are should get tested. But in a society where homophobia is pervasive, admitting you were there could ruin your life:

Guardian– “My credit card company told me that they passed on my payment information in the district to the authorities. I feel so trapped and hunted down. If I get tested, my company will most likely find out I’m gay. I’ll lose my job and face a public humiliation. I feel as if my whole life is about to collapse. I have never felt suicidal before and never thought I would, but I am feeling suicidal now.”

“It took me a whole week to get up the courage to get tested,” Min Jaeyoung, 27, told the Guardian, “I had to practise saying ‘oh, of course I’m not gay’ and even recorded myself several times to sound natural. I even put up photos of footballers and Korean hip-hop artists on my [social media accounts] to try to seem straight. I even got ready to look for another job. As it turned out, I was not infected but I cried when I got that text not because I was happy not to be infected but because I really hate being a gay man in this country.”

Those are heartbreaking anecdotes, and the entire situation speaks to the nightmare of fighting the virus. Yes, South Korea has found a way to effectively stem the spread, but it may come at the cost of some fundamental human rights.