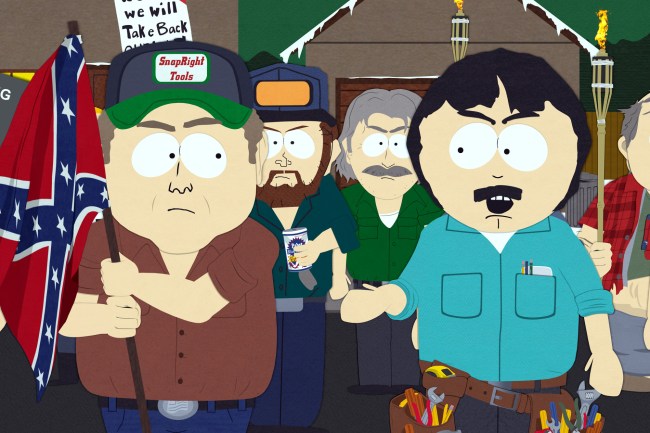 Before we jump into what happened last night, can we take a moment to acknowledge how great it is to have another season of South Park back on television? It doesn’t feel *quite* as good as having NFL and College Football back, but I’d at least put it in the discussion.

Moving on… Last night’s South Park season premiere made endless jokes about Amazon’s Alexa and it took a few shots at the Google Home. Like millions of others, I was one of those people who purchased an Amazon Alexa on this year’s Amazon Prime Day. I actually dig it because it’s basically a speaker I can use to play music in the kitchen while cooking, and I can order any dog food/kitchen-related items I run out of by asking Alexa. South Park took some pretty hilarious shots at Amazon’s Alexa and the Google Home, but that’s not what this is about.

As reported on UPROXX, one unexpected thing that happened during last night’s episode was thousands of the devices being turned on:

We have an Alexa and a Google Home and South Park repeatedly screwed with both of them tonight.

Who else’s Alexa’s keep going off every time Cartman says something on the Alexa during this South Park episode 😂 #SouthPark21 pic.twitter.com/strwnTST23

Our Alexa reacting to her name being said on #southpark pic.twitter.com/xY942sLHNK

Thank you @SouthPark for adding "bags", and setting an alarm on my personal Alexa…. pic.twitter.com/8Sc4XDj1tN

There are a literal shit ton of these videos on Twitter, and you can see a bunch more of them over on UPROXX.