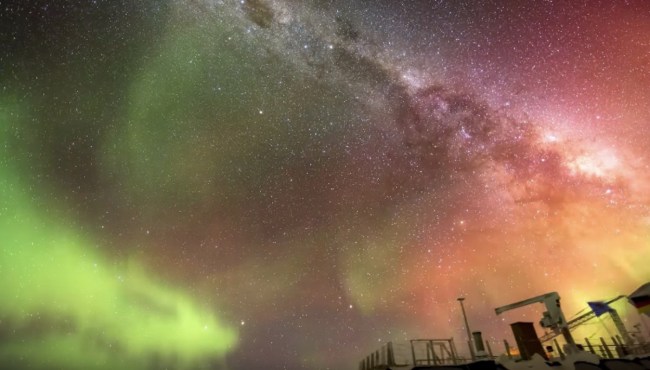 I’ve been fortunate enough to see the Northern Lights in person on two occasions, both in Iceland, on back-to-back nights. The first night was actually wildly underwhelming but the second night was a light display out of my wildest dreams.

We went on a Northern Lights tour outside of Reykjavik on December 30th three years ago and after our tour guide got lost in the mountains we eventually found a clearing with a bunch of other SUVs. They point to these mountains in the distance and say ‘there it is’. It was like a white cloud was hanging behind the mountains but you didn’t get any sense of the Northern Lights at all. They showed up in photographs with long exposure but it was really underwhelming.

The next night in Reykjavik we were eating NYE dinner and happened to run into some lifelong family friends. I grew up in Florida so this was quite the surprise. Towards the end of dinner, the family friend comes over and tells us they’ve heard the Aurora forecast that night was insane and they’d booked a private tour that would pick them up at the restaurant in a few minutes and asked if we wanted to come. Given how underwhelming the previous night was we were reluctant but decided to go and HOLY SHIT was it awesome.

Our guide wasn’t super talkative. He had a really nice car. He was mostly silent and drove us to some super remote location and then pulled over and told us to get out of teh car and look up. It was like a river of lights was swirling through the sky, twisting as it went along with magic particles dancing. Absolutely unreal.

I didn’t get the light show you see here with the pinks and greens, and these are the ‘Southern Lights’ and not the Northern lights, but what I’m trying to say here is you 100% need to go see the Northern or Southern Lights if you ever get the chance.