Another Spider-Man Spin-Off Is In The Works At Sony 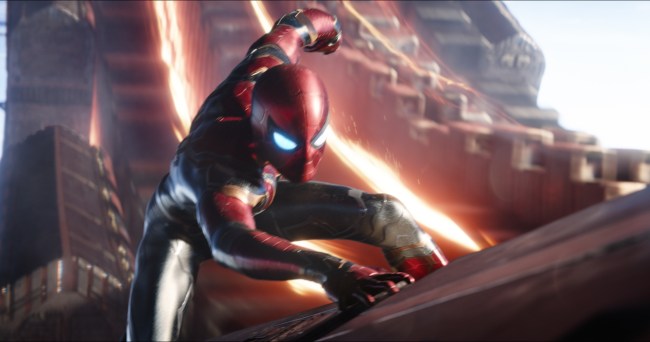 Despite the fact that only one movie in Sony’s Mini-Marvel Universe has been released (Venom) to mixed reviews, the studio remains committed to forging forward with the franchise, as reports indicate that The Amazing Spider-Man 2 screenwriter Roberto Orci has been tapped to develop another Spider-Man spin-off for the studio.

The Amazing Spider-Man 2 co-writer Roberto Orci has been tapped to write an as-yet-untitled Marvel film for Sony.

Details about the project or which specific Marvel character will be used are currently being kept under wraps. The Orci project would be a part of Sony’s Marvel universe, which is not part of the Marvel Cinematic Universe but does include Marvel Comics properties such as “Nitghtwatch,” “Silk,” “Venom,” “Silver and Black,” and “Morbius the Living Vampire.”

While initial indications were that the character would be related to other Sony Marvel films like Venom” that are connected to “Spider-Man,” an individual with knowledge tells thewrap the property comes from a different corner of the Marvel universe that Sony has access to. [via The Wrap]

The reports of this Roberto Orci-written spin-off comes just a month after it was reported that Sony was working on another spin-off that is scheduled to be released on October 8, 2021. At this time, it is unclear if these two projects are one in the same.

2020 is a big year for Sony’s Mini-Marvel Universe as two films in the franchise are set to be released. First, the Jared Leto-starring vampire flick Morbius will hit theaters on Friday, July 31. Then, on October 2, Venom 2 — which sees Woody Harrelson join the cast as Cletus Kasady/Carnage — hits theaters.

As for Spider-Man’s future in the Marvel Cinematic Universe, the third film in the Tom Holland-starring franchise is set to hit theaters on July 16, 2021.