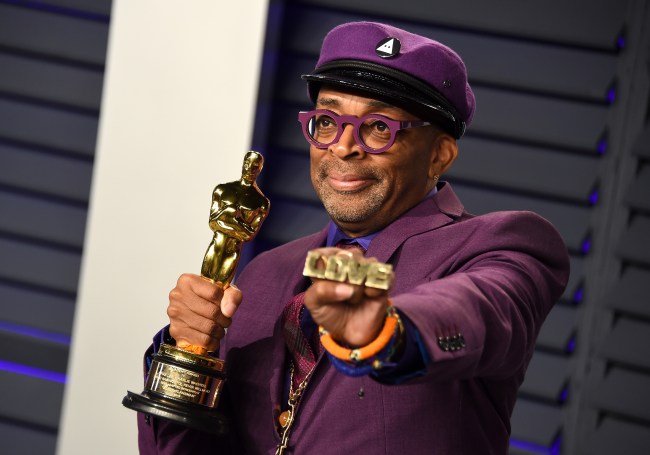 Samuel L. Jackson could hardly contain his displeasure after he announced Green Book winning Best Picture at the Oscars. He wasn’t alone in his disappointment, as many deemed the movie to be too familiar. Criticism for the film centered around it being enjoyable but forgettable, and hinging on a simplistic message of racism can be defeated through dialogue. I saw it, and was actually pretty moved by it, but could totally see how people thought it was a bit Mickey Mouse.

Jackson was undoubtedly one of those people.

SLJ wasn’t the only Hollywood A-lister who was visibly upset with the results, as BlacKkKlansman director Spike Lee was enraged to the point of wanting to leave the Oscars altogether. Deadline’s Pete Hammond witnessed a ‘furious’ Spike Lee try to leave the auditorium after Green Book took the Oscars’ most coveted prize.

Our Pete Hammond, reporting from the Dolby Theatre, reported that Lee was clearly furious, got up and walked toward the back of the auditorium in a huff. He then turned back and appeared to get into an intense conversation with Jordan Peele, who was behind him. Lee paced the aisle and stormed to the back of the auditorium. When he came back, he turned his back to the stage during the speech.

After the incident, Spike was asked about his reaction to Green Book winning Best Picture and

The moment put Universal, which released Green Book and whose Focus Features released BlacKkKlansman, in an awkward position.