The Trailer For ‘Spiral’, The New ‘Saw’ Movie With Chris Rock And Samuel L., Is Here 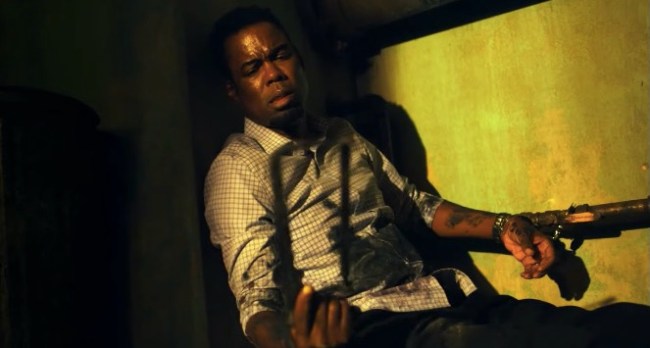 Folks, I’m not exactly sure when our universe started to collapse into itself but I reckon that a 2020 Saw movie starring Chris Rock and Samuel L. Jackson represents ground zero of said reality disintegration.

Back when it was announced that a new film in the oversaturated Saw franchise was in the works, the general consensus amongst movie fans was: “Uhhh, well, why?”

But THEN, when it was announced that it would star iconic comedian Chris Rock and would be based on a story that he himself wrote, confusion turned to intrigue as the marriage of Saw and Rock represented, well, something different, which is truly a rarity in Hollywood these days.

Finally, when they announced that Samuel L. Muthafuckin’ Jackson would be joining the cast, all hell well and truly broke loose, as the presence of the legendary actor adds a certain panache to every movie he stars in.

It’s going to be an interesting couple of years for the previously relatively dormant Rock, as he’s not only starring in Spiral, but will also be headlining the upcoming and highly-anticipated fourth season of FX’s Fargo, in addition to starring in Robert Zemeckis’ (Back to the Future, Forrest Gump) next film The Witches.

In addition to Chris Rock and Samuel L. Jackson, Spiral — which hits theaters on Friday, May 15 — stars Max Minghella and Marisol Nichols.