Square Watermelons Are A Very Real Thing In Japan And They’re Incredibly Expensive, Which Is Mind-Blowing 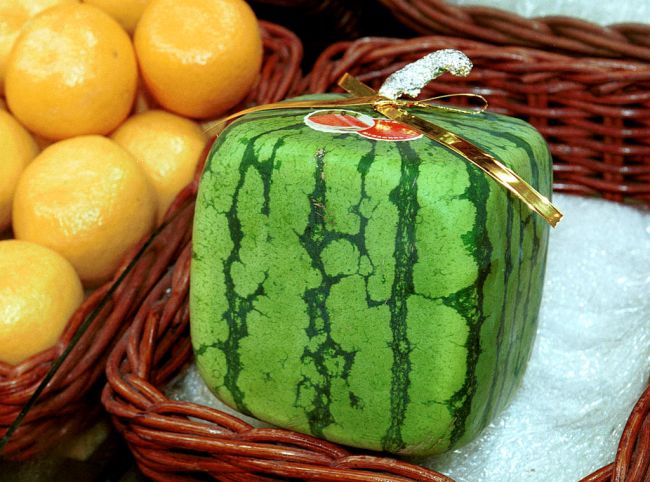 Have you ever heard of a square watermelon? Unless you’re from Asia or in tune with Japanese culture, probably not. Well, they’re a thing and it’s mind-blowing.

FOLLOW @BROBIBLE ON TIKTOK TO HAVE YOUR MIND BLOWN!

Where did square watermelons come from?

The origin of the cubic melons can be traced back to 1978. Many reports credit a local farmer in the 1980s, but they are wrong. Two years prior, a Japanese horticulturist and artist named Tomoyuki Ono applied to patent “a molding process for a natural fruit.” He found that putting a melon in a “molding frame” would grow the melon into that shape. Basically, he put the melon in a box and it couldn’t grow beyond that box. Makes sense, right?

In addition, with space being a commodity in the country, the shape allows the melon to fit more compactly in the refrigerator. Now, 43 years later, his idea is all of the rage amongst the wealthiest sectors in Asia.

What purpose do they serve today?

Fruit is considered a luxury item in Japan and it’s often given as a gift. In ancient times, and still today, fruit is regularly offered to the gods as a sign of respect. Thus, giving fruit carries that notion with it. At first, Ono’s square watermelons were sold as food. However, because they must be harvested before they are ripe, they aren’t as tasty. You will find a more yellow flesh that is blander and more bitter than their sweet red counterparts.

When the unusual melons hit market in 1979, they sold in Tokyo for more than double the standard oval melons. Today, they can cost anywhere from $80 to $600, depending on size and where you look. Price points sit primarily around the $100 mark. You can find funny-shaped fruit, even beyond the square melon, in fancy fruit shops in Japan and other Asian countries— much like gift shops you might see in New York City.

At the end of the day, most people are buying watermelon for what is inside. With that being said, these square watermelons are pretty cool and the fact that they even exist is fascinating. You learn something new every day!