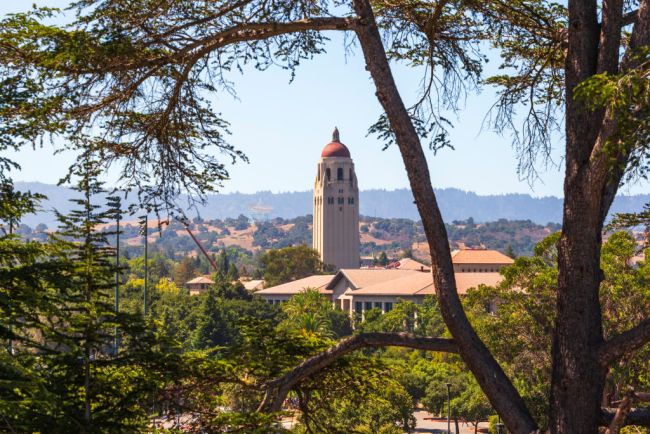 Bike riding students at Standford University are more concerned about spreading or contracting the virus while whipping around campus than protecting their own skulls in the case of an accident.

Student Maxwell Meyer recently had an op-ed published in The Stanford Review that found that more students were seen wearing masks while riding their bicycles than wearing a helmet.

In total, this means there was a masking rate of 41% and a helmet-wearing rate of 17% on Stanford’s 99% vaccinated campus.

It brings me absolutely *no* pleasure to report this, but I measured bike safety habits at Stanford and masks are twice as popular as helmets… Science is dead, folks. https://t.co/WUFPVU97zj

After Meyer laid out his mind-boggling numbers, he took some direct shots at his fellow Stanford students.

“Is it a delusion? Do students actually think that wearing a mask on a bicycle to prevent transmission of a respiratory virus they’ve been vaccinated against is a good idea,” Meyer wrote. “Maybe it’s just laziness — easier to keep the mask on for five minutes then take five seconds to take it off. I think a combination of laziness and signaling is probably the right answer.”

“But it won’t be viewed as a scientific failure, because science is dead; idiocy and innumeracy have won a total victory,” he later continued. “And though I will continue to be deeply confused when I see masked bicyclists on campus, I have realized that there is an ironic logic to their decision: after all, there’s no point in protecting your brain if you don’t plan on using it. At Stanford, nobody expects you to do either.”

Philadelphia isn’t a college campus in California, but you get the point. Cyclists wearing masks and no helmet is a thing in 2021, and the optics are truly bizarre.