Why Do We Still Recognize People Even When They Are Wearing A Mask? 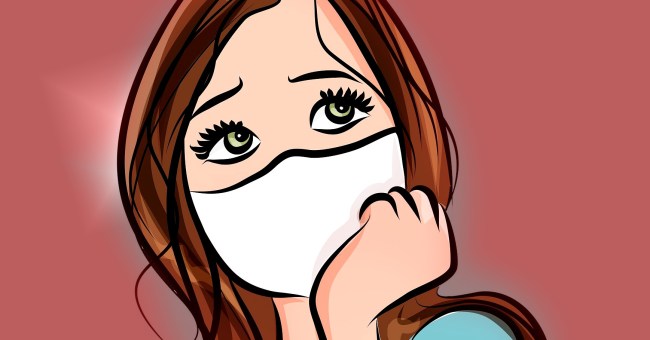 We have now been wearing masks that cover most of our faces when we go out in public for the better part of a year. And yet, despite not actually seeing the faces of hundreds of people over these many months, we are still able to recognize many of them. How do we do that?

As one might expect, science has the answer. Kind of.

Writing for The Conversation, these three ladies explain that we, on average, know the faces of around 5,000 people. Heck, quite often we recognize people’s faces more often than we can remember their names.

So how are we still able to do it when these same people’s mouths, chins, noses and cheeks are completely covered by a mask?

According to their study, published in the journal for the Royal Society Open Science, some people, who they refer to as super-recognizers, are better at it than others.

We presented our participants with pairs of face images, and asked them to decide whether the faces belonged to the same person or different people. One image of the pair was always presented with no concealment, and the other showed either no concealment, an image in sunglasses, or in a face mask. Participants completed the task for familiar faces (images of celebrities) and for unfamiliar faces.

Even though face masks cover a significant part of the face, we found that our participants identified familiar faces in masks with around 90% accuracy – no worse than the results for faces wearing sunglasses, and only slightly worse than unconcealed faces.

They conclude that “humans may be born with an innate preference for face-like stimuli” and “we are so attuned to seeking out faces in our environment that we often pick out face-like patterns within objects or clouds – a phenomenon known as ‘face pareidolia.'”

Pareidolia is a term we have used before in reports of UFO sightings where “people see recognizable shapes in clouds, rock formations, or otherwise unrelated objects or data.”

For familiar faces, we likely have enough experience with the face that we can make an identification based on the limited available information. We may have seen the face obscured before, or our representation of the full face is so strong that we can handle the reduction in visible features.

But what about those super-recognizers? Why are they better at it than most other people?

According to the study, it’s not totally clear, but they do mention that there is evidence that face recognition abilities may, in fact, be genetic.

Basically, their conclusion boils down to the idea that the ability to still be able to recognize people’s faces, even when obscured by a mask, is probably nothing more than an “evolutionary skill hundreds of thousands of years in the making.”