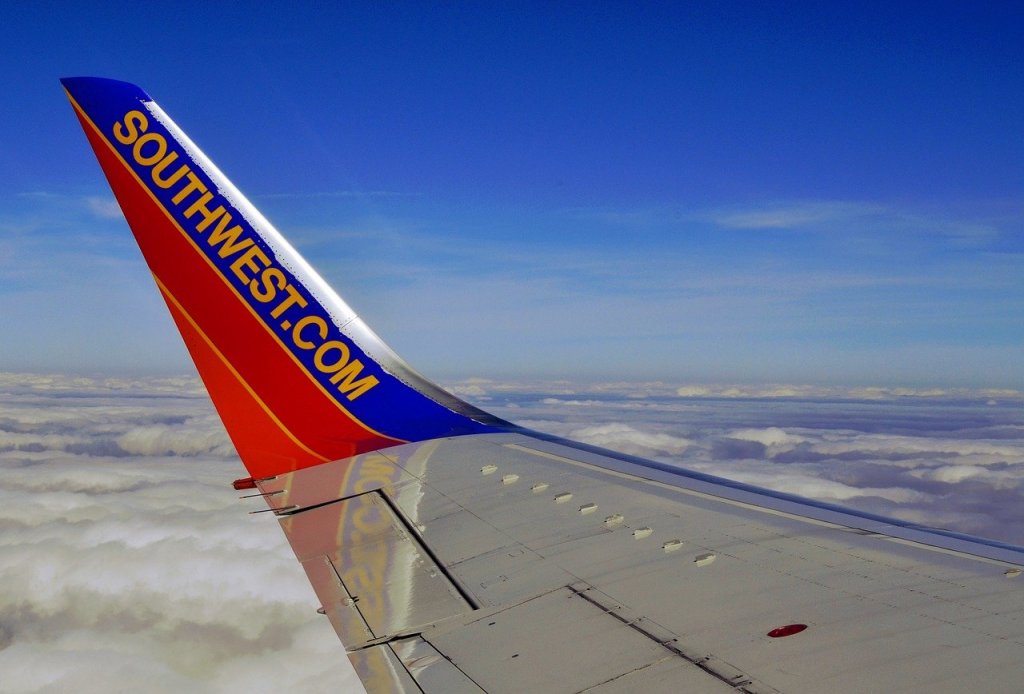 It’s been a long time since I have flown anywhere but there are already a lot of trips on my calendar for the upcoming year. My anxiety about getting kicked off a flight for some stupid reason increases by the day. There’s this whole new world of rules I haven’t had to deal with since my last flight.

I’m already fully vaccinated and wear a mask indoors but then I see clips like this one below and wonder if following the rules is even enough? I’ve seen clips of families getting booted from flights because a toddler took their mask off to eat yogurt. That freaked me out.

Then there’s this week’s clip of Southwest removing a Baltimore passenger from a flight because he removed his mask while eating, something he thought was completely okay. I, too, thought that you could remove your mask to eat. Apparently, that’s not the case. The mask can only be removed between bites.

Passenger Avi Mandel spoke with CBS Local Baltimore about how he was treated by Southwest Airlines and the experience of getting kicked off the flight. He told WJZ a flight attendant told him to put on his mask “and kind of, like, ran away.”

Avi was eating Twizzlers at the time and assumed the flight attendant didn’t see him eating. Then over the loudspeaker he heard ‘Everyone who’s eating has to wear masks in between bites’ but says he didn’t think anything of it because he was actively eating Twizzlers. As in there was literally food in his mouth and he was chewing. Never did he think that wasn’t allowed.

At this point in the journey, the flight was on the runway waiting to take off but then it returned to the gate and security boarded the plane to escort him off while another passenger filmed the incident and tried to back him up, stating he was literally eating at the time.

There was no choice but to leave the flight with security. He then emailed Southwest for clarification and was told about a new federal mandate that “The Transportation Security Administration says airline passengers can remove masks while eating, drinking or taking medications but must put them on between bites and sips and cannot leave them off for “prolonged periods.”

It would’ve been nice to know that before the flight. Or to have that communicated before he was kicked off the flight. And it doesn’t help my anxiety with some flights on the horizon knowing that the rules can change at any minute and passengers aren’t told.

The passenger was able to book a flight for several days later but says he won’t fly Southwest anytime soon. A spokesman for Southwest stated this mask policy of ‘between bites’ is “communicated throughout the booking and check-in process” but the passenger was adamant that he always follows the rules and this rule wasn’t explained to him.

I’ve spent way too much time over the past few weeks wondering when airlines will remove the mask mandate or if they’ll change the age limits for children. 2-year-olds aren’t even able to use toilets/aren’t potty trained but they’re expected to wear a mask for an entire flight or risk getting an entire family kicked off and stranded somewhere other than home. It