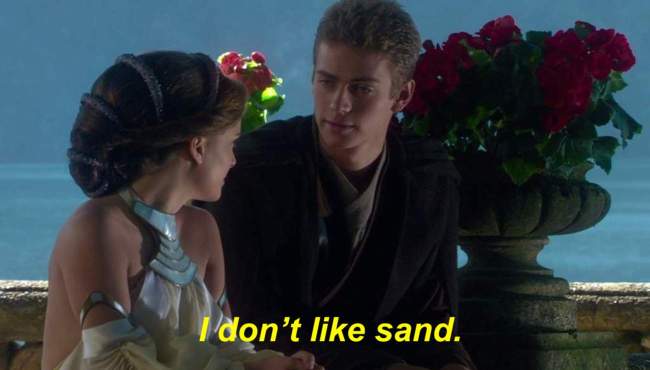 One of the things I always tell people about my relationship with Star Wars — in fact, I even told Pedro Pascal when I recently interviewed him — is that I didn’t really connect with the franchise until the likes of Rogue One and The Mandalorian.

"Everyone behind the show… takes the time to actually prioritize their love of 'Star Wars' and to nurture that."

This delayed appreciation for the iconic sci-fi film series is, at least in my estimation, due to when I was born: 1993. The original trilogy had been over for a decade (Return of the Jedi hit theaters in 1983), while the prequel trilogy wouldn’t roll around for another six years. And when it finally did, it was famously, uh, not as magical as the first three films, to say the least.

Now, while there are a handful of redeemable aspects in The Phantom Menace and Revenge of the Sith, that certainly can’t be said for Attack of the Clones, which hit theaters 20 years ago today and arguably represented the lowest point in the history of the Star Wars franchise (until Rise of Skywalker hit theaters, of course).

Usually a cause for celebration, Star Wars fans used the 20th anniversary of Attack of the Clones to once again bemoan the film as the worst since the Skywalker Saga began all the way back in 1977.

I don't like sand. It's coarse and rough and irritating and it gets everywhere. https://t.co/ByqfAfa9oo

And it's still a terrible movie. Don't @ me. https://t.co/rYTCPnJxH6

The only good thing I can say about this movie was that it was so bad it forced them to give us seven seasons of Clone Wars to undo the mess it caused https://t.co/RPm4qGoMIo

Luckily for Star Wars fans, Ewan McGregor’s Obi-Wan and Hayden Christensen’s Darth Vader will get a chance at redemption when they star in the Disney+ miniseries Obi-Wan Kenobi, which premieres later this month.