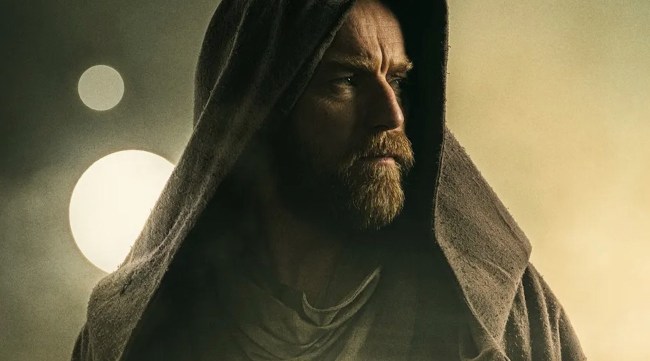 May 27 is one of the biggest days of the year so far for pop culture fans, because not only is the long-delayed Top Gun: Maverick finally in theaters, but the first seven episodes of Stranger Things 4 hit Netflix, while the first two episodes of Obi-Wan Kenobi premiered on Disney+.

Warning: This article will contain major spoilers for the first two episodes of Obi-Wan Kenobi

For Star Wars fans, Obi-Wan Kenobi is one of the most anticipated projects in recent years as it sees Ewan McGregor return as the beloved Jedi, in addition to Hayden Christensen reprising his role as Darth Vader for the first time since 2005’s Revenge of the Sith.

Those two aren’t the only iconic legacy Star Wars characters to feature in the series, though, as the pilot surprisingly revealed that a young Leia — who was not teaed in the marketing *at all* — is serving as the crux of the plot in the early goings of the series, as Obi-Wan is tasked with rescuing her from kidnappers.

Having no idea that she’d be in the series, let alone play such a big part, Star Wars fans were delighted to see such an energetic portrayal of Leia pop up in Obi-Wan Kenobi.

#obiwankenobi spoilers
–
–
–
–
–
–
are people really complaining about PRINCESS LEIA having sassy lines?? like do you hear yourselves

obi wan kenobi spoilers
–
–
–
–
–
–
–
i am experiencing a new type of pain watching this now—leia was saved by ben kenobi once before so ofc she trusts luke as soon as she realizes ben is there to save her again— pic.twitter.com/gyFZVtcmQ2

obi wan kenobi spoilers
–
–
–
–
–
–
leia: what?
obi wan: nothing, you just remind me of someone.
me: ANAKIN???
obi wan: she was fearless too. and stubborn.
me: HOLY FUCKING SHIT PADMÉ

–
OBI-WAN BUYING LEIA WHATEVER SHE WANTS. IM CRYING. HES WOULDVE BEEN SUCH A GREAT UNCLE 🙁 pic.twitter.com/VNrCkhBY1n

LEIA ATE HIM UP AND LEFT NO CRUMBS. pic.twitter.com/yMo7Gdi6zj

The first two episodes of Obi-Wan Kenobi are now streaming on Disney+. Just six episodes total, the remaining four will premiere over the next month.