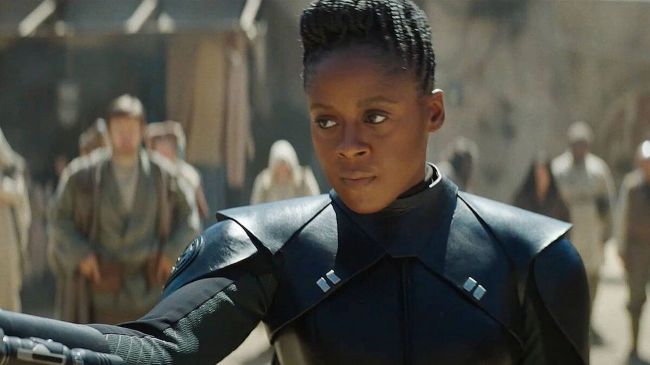 Sometimes — quite often these days, in fact — I’ll come across a headline that makes me feel like existentialism and nihilism had an apathetic baby. The type of things that make you throw your hands up and sigh in defeat. The sort of things that local news statins make their money off of — an endless string of everyday horror stories. These stories can be large or small, impact the many or the few, but at the end of the day, it makes you wonder what the hell it is we’re all doing here. This is one of those stories.

The sense of joy that the return of Ewan McGregor was short-lived as the main emotion elicited by Obi-Wan Kenobi, though, as the official Star Wars Twitter account was forced to send out a message to its own fan base telling it to stop being racist to Moses Ingram, who stars in the series as Reva Sevander, the villainous Third Sister of the Inquisitors.

There are more than 20 million sentient species in the Star Wars galaxy, don’t choose to be a racist.

The tweet from the official Star Wars account came after Ingram herself shared some of the horrible messages she has received from people in recent weeks and months:

Moses Ingram posted some of the racist stuff she's been receiving because of her role in Kenobi and this is what it is like to be a black woman in Star Wars. White supremacy is rampant in SW communities and @starwars needs to do more to protect their actors of color. pic.twitter.com/4amNMq6FAC

Of the many rabid fanbases out there, Star Wars is easily among the worst — lest we forget how some of them treated Kelly Marie Tran a few years back — and this incident with Ingram (whose Obi-Wan Kenobi character is AWESOME, by the way) is just the latest example.

I think it’s baffling that we can go through the same thing again and again with Daisy Ridley, John Boyega, Kelly Marie Tran, Ahmed Best, and now Moses Ingram and still have people deny that there isn’t a correlation between hate and the gender/race of these performers. pic.twitter.com/WbO7GiT4Rn

In case you feel called out by @starwars ' defence of Moses Ingram: Good. You're probably exactly who needs to hear it.
Kindly walk into the sun.

i encourage everybody to DM moses ingram on instagram with love, support, even if it’s to just say you live the character or her as an actress. we all saw the hate she’s receiving on her IG story, so drown those DMs out with love so that she’ll be less likely to see those

nothing but respect for Moses Ingram 😤 pic.twitter.com/KJ9Qox5ogo