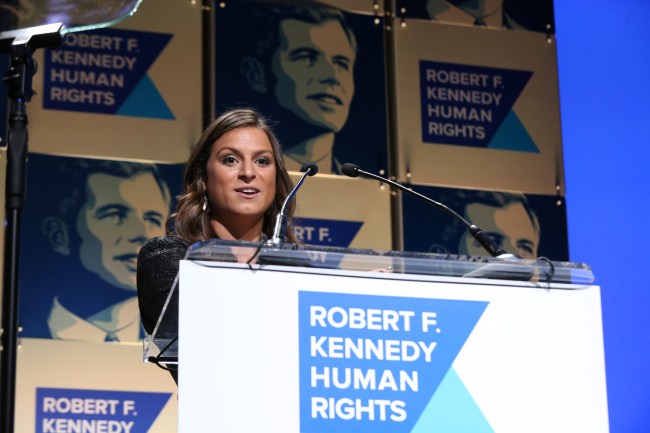 We’ve got a classic love triangle story out of the governor’s mansion today, concerning a handsome state trooper, a Kennedy daughter, and the Governor of New York. WOW. Those ingredients will make for one hell of a quiche!

A state trooper assigned to Gov. Andrew Cuomo’s security detail got hot and heavy with one of New York’s first daughters — and was soon transferred to a post near the Canadian border, The Post has learned.

Trooper Dane Pfeiffer, 35, met Cara Kennedy-Cuomo, 25, through his job as one of her dad’s bodyguards, sources said.

On May 24, Pfeiffer requested a “voluntary transfer” to Troop B in northeastern New York, a state police spokesman said. Pfeiffer began his career there after graduating from the State Police Academy in 2015, records show.

“He was transferred to keep him away from the daughter because the governor didn’t like whatever they were doing,” a source familiar with the situation said.

First of all, who knows if any of this is true. This is a New York Post exclusive and at this point, I have NO idea what to believe from the NY Post. Taking them at their word, Hunter Biden is actually a human laptop fueled by crack smoke , the streets of New York City are littered with stabbing victims, and a UFO is hovering above my home at this very moment. You don’t take their articles with a grain of salt; you take them with a dump truck load of icy road-salting salt.

With that said, Governor Cuomo seems like exactly the type of father who might use his power to send his daughter’s new boyfriend to the edge of nowhere. Do you even blame him? If you’re a state trooper assigned to the governor’s security detail, and you somehow cozy up with his daughter who just happens to be a decade younger than you, and OH, BY THE WAY, A KENNEDY… can you really be surprised when he makes the call to transfer you out of reach? You’re playing a risky game, friend, and your only hope now is that young Cara Kennedy-Cuomo will slam her door and give her dad the silent treatment until he begrudgingly calls you back to repair his relationship with her. Maybe he’ll take you out for a round of golf. Sit you down on a bench. Put his arm around your shoulder, but not in a tender way. Squeeze it a little too hard. Say something like “just wait until you’re a father. You’ll understand.” Then you’ll laugh. And he’ll say “you hurt her, I’ll have you killed.” And you laugh again but he’s not joking.

I’d say it’s definitely possible ol’ Cuomy called in a favor on this one. Or, you know, this:

“Such requests are routine, and it was granted,” spokesman William “Beau” Duffy added.

Cuomo spokesman Rich Azzopardi said that “the governor had nothing to do with the transfer — it was requested by the trooper.”

Damn. Well, if that’s the case, it sounds like the trooper did whatever he could to put some miles between himself and the Cuomos? That has to sting. Unfortunately, I don’t have high hopes for their relationship either way. And it was such a lovely story…