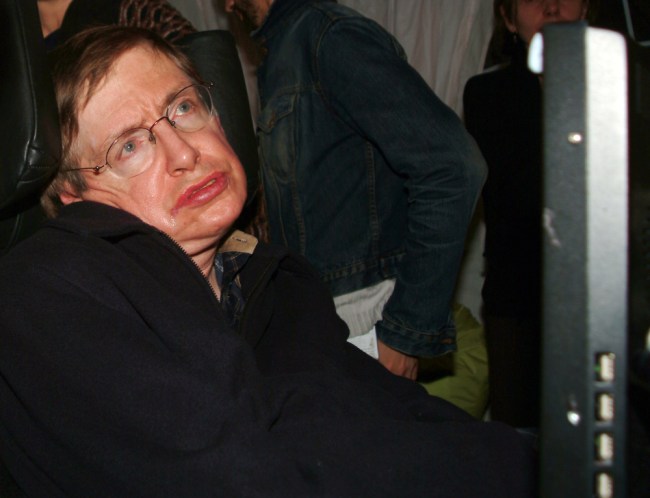 Professor Stephen Hawking died this week at the age of 76-years-old. Despite being diagnosed with motor neurone disease when he was 21-years-old and doctors only giving him two years to live, Hawking lived a long life and contributed so very much to humanity. Before he died, Hawking left us with his final research paper and it predicted the end of the universe.

Two weeks before Hawking died, the world-renowned physicist completed a research paper from his deathbed that discussed how there are multiverses that can be found by using a probe on a spaceship. Hawking expanded on his “no boundary theory” that he devised in 1983 which said Earth was brought into existence during the Big Bang.

But the theory states that there was not just one Big Bang event, but many that created separate parallel universes. The paper, which is named “A Smooth Exit from Eternal Inflation,” also predicted how our universe would eventually fade into darkness when the stars run out of energy. Thomas Hertog, the paper’s co-author, said Hawking “would have won a Nobel Prize” for this research paper.

This wasn’t the first time that Hawking gave dire doomsday predictions for humanity. In 2017, Hawking said if artificial intelligence doesn’t kill humans first, then the Earth will be a “sizzling ball of fire by 2600.”

“Success in creating effective AI could be the biggest event in the history of our civilization. Or the worst. We just don’t know,” the professor warned. “So we cannot know if we will be infinitely helped by AI, or ignored by it and sidelined, or conceivably destroyed by it.”

The good professor also said that if aliens ever found Earth they would obliterate humans. Check out Stephen Hawking’s most memorable and insightful quotes HERE.