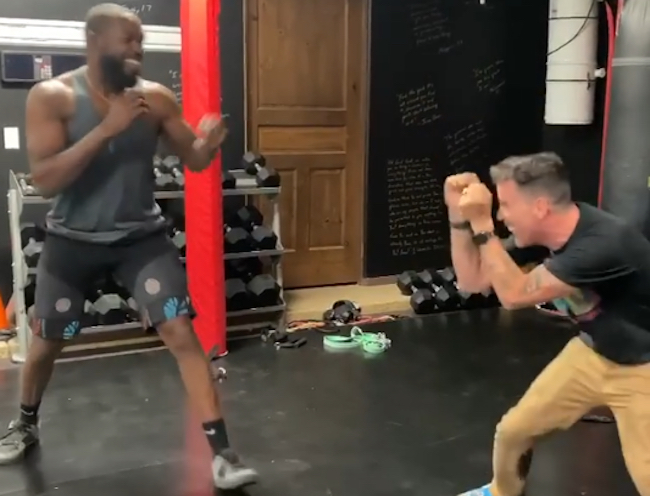 Steve-O has done many idiotic and dangerous things, both on TV and in his personal life, but the former Jackass star knows better than to mess with professional fighters.

All of the adrenaline in the room must have triggered the “bad idea” button in Steve’s brain and the 46-year-old actor decided to spar with both fighters.

The match-ups went about as long as one would expect, with Steve-O flinching, giggling, and moving away from both fighters as fast as possible.

“I don’t like it!” Steve-O says to Jones in the first clip. Jones easily tackles Steve-O to the floor as the Jackass alum laughs uncontrollably.

In both clips, Steve-O is easily overmatched. Holm overpowers Steve-O and tosses him to the ground a few times.

“He may be the G.O.A.T., but @jonnybones is still very lucky I went so easy on him,” Steve-O posted on Instagram, accompanied by a video of the “fight.”

Steve-O has given up a life of drugs – and thank god – but popping a couple Advil or Aleve wouldn’t be a bad idea.