Steven Seagal Finds Out He Is Not Above The Law, Ordered To Pay Over $300,000 By SEC For Cryptocurrency Crimes 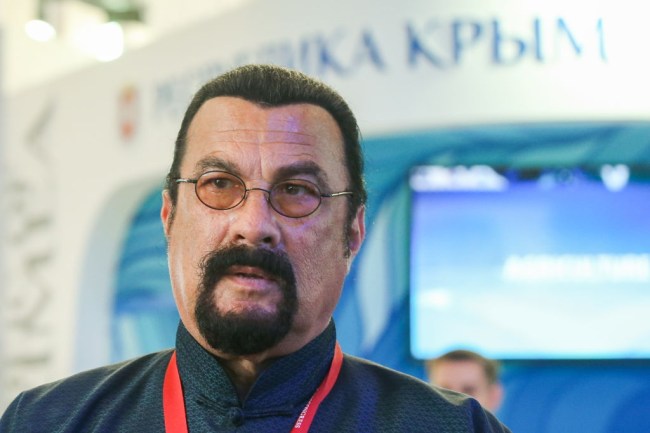 The Securities and Exchange Commission (SEC) was out for justice and revealed that it had settled with Steven Seagal over previously undisclosed charges relating to the Hollywood actor failing to disclose that he was being paid to promote a cryptocurrency. On Thursday, the SEC announced the maximum conviction and that Seagal had agreed to pay the $314,000 in a settlement after two years of legal attrition.

As part of the settlement, Seagal will get his absolution by paying $157,000 in disgorgement (the act of giving up something on demand or by legal compulsion) and a $157,000 fine. As part of the SEC ruling, Seagal is not allowed to promote any securities for three years.

Steven Seagal is under siege because he was the “brand ambassador” for a cryptocurrency firm called Bitcoiin2Gen (B2G) in early 2018, when Bitcoin was at its peak of nearly $20,000. B2G claimed that it was going to be a “superior or more advanced” version of Bitcoin.

Seagal thought he was above the law, but the SEC said the actor “failed to disclose he was promised $250,000 in cash and $750,000 worth of B2G tokens in exchange for his promotions.” Those promotions included social media posts that urged people not to “miss out” on B2G’s initial coin offering. Steven Seagal broke the code of honor amongst Instagram influencers, if such thing ever existed.

The cryptocurrency promotion by the 67-year-old martial arts expert, who has ab Asian connection after moving to Japan, violated anti-touting provisions of federal securities laws. “Any celebrity or other individual who promotes a virtual token or coin that is a security must disclose the nature, scope, and amount of compensation received in exchange for the promotion.”

“These investors were entitled to know about payments Seagal received or was promised to endorse this investment so they could decide whether he may be biased,” said Kristina Littman, chief of the SEC Enforcement Division’s Cyber Unit. “Celebrities are not allowed to use their social media influence to tout securities without appropriately disclosing their compensation.”

Six weeks after Seagal first started promoting B2G, the firm made an executive decision and B2G announced that the actor was no longer serving as the brand ambassador.

On March 7, 2018, the New Jersey Bureau of Securities issued a cease and desist order against BitCoiin2Gen, which said the company was beyond the law and “fraudulently offering unregistered securities in violation of the Securities Law,” according to CNBC.

Bitcoiin2gen has been on deadly ground for a while now, and the current cryptocurrency ticker shows it is staring at the end of a gun and has a very submerged price of $0.00092.

The SEC said Seagal was a dangerous man, but the actor did not admit or deny the SEC’s findings as part of his settlement. Neither Seagal or his representatives have commented on the SEC penalty. Many believed Seagal was out of reach since he has citizenship in Russia and Serbia, but Seagal is not the foreigner they claim, because he is still a U.S. citizen.

For Steven Seagal, he wishes the SEC was as fake as these fighters he faced in Russia.