Aaron Paul: “I Think That I’ve Been Called ‘Bitch’ More Than Anyone On The Planet” 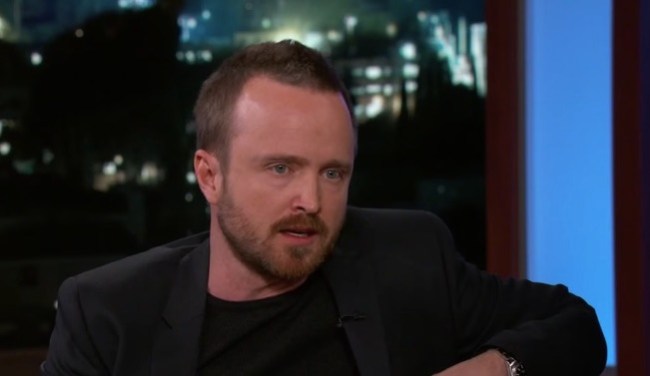 Last weekend was the 10th anniversary of Breaking Bad premiering on television. Aaron Paul played Jesse Pinkman, the co-star/supporting actor who backed up Walter White played by Bryan Cranston throughout the five seasons.

Last night, Aaron Paul was a guest on Jimmy Kimmel Live and he talked about how he was never supposed to make it past season 1 and he also talked about how Breaking Bad fans won’t stop calling him ‘bitch’. In fact, Aaron Paul went so far as to claim that he’s been called ‘bitch’ more than anyone on the planet. That he can’t go anywhere without fans calling him ‘bitch’. If you haven’t watched Breaking Bad, ‘Yeah, bitch!’ was one of Jesse Pinkman’s catchphrases. It appears as if this catchphrase has been plaguing him for years.

It has to be pretty fucking gratifying to know that the writers and director were planning to kill you off at the end of Season 1 but your acting skills were so good you changed everybody’s minds and you were there all the way through 5 seasons and all 62 episodes, winning 5 Primetime Emmy Awards along the way. I always thought that starring in a Need For Speed movie after Breaking Bad wrapped up was a very weak move for Aaron Paul but I’m thinking he just wanted to get paid, right?

Lastly, if you see Aaron Paul in the streets please don’t call him a bitch. He doesn’t like it, he’s tired of it. Just let the man live his life.