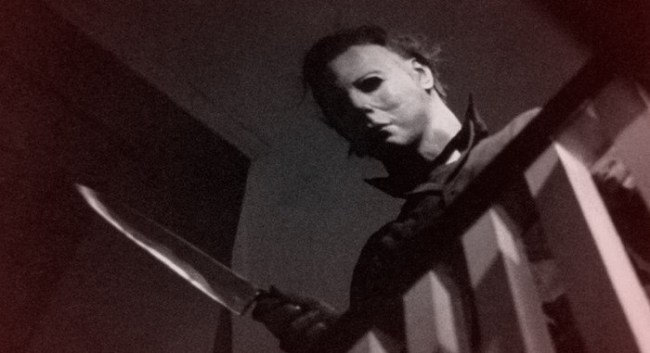 If you like scary movies there are very few films that rank higher on your list than the OG Halloween of 1978 written and directed by John Carpenter.

And the film’s villian, the evil Michael Myers, number two on the all-time list of deadliest horror movie villains – ranked by body count, is predominantly the reason why.

However, the story of how Carpenter developed the character of Michael Myers might be even more disturbing than the fictional world he inhabits.

As part of a documentary titled Halloween – A Cut Above the Rest, which was included on the Divimax DVD in 2003, Carpenter explained, “I thought it might be a good idea to raise this Michael Myers character up to a mythic status. Make him, human, yes, but almost like a force – a force that will never stop. That can’t be denied.”

“And I suppose I was influenced by a couple things,” he continued. “I remember Michael Crichton directed a movie called Westworld. Yul Brenner was a robot, a killer robot that couldn’t be destroyed.

“But when I was in college, I had a class, psychology or something, and we visited a mental institution, and this was in Kentucky. And I visited the most serious, mentally ill patients…. then there was this kid, he must have been 12 or 13 and he literally had this look,” recalled Carpenter.

“Then I gave the lines to Donald Pleasance to say, ‘I met this six-year-old child with this blank, pale emotionless face. Blackest eyes. The devil’s eyes. I spent eight years trying to reach him and then another seven trying to keep him locked up, because I realized what was living behind that boy’s eyes was purely and simply evil.

“It’s a schizophrenic stare, is what it is. It’s a real evil stare. And it was unsettling to me. It was like the creepiest thing I’d ever seen, just because it’s a stranger… he was COMPLETELY insane.”