The First Official Trailer For ‘Stranger Things 4’ Is Finally Here 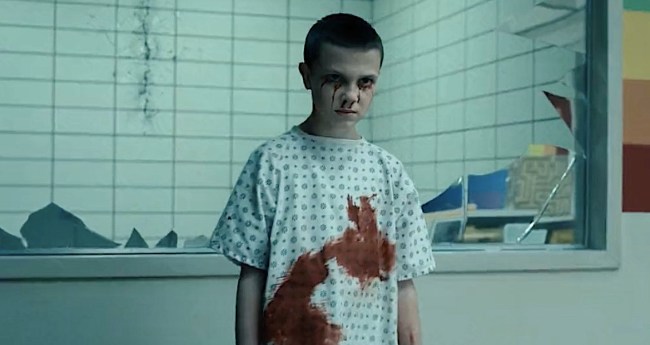 After years of delays — filming officially began back in February 2020 — Netflix has finally released the first official trailer for Stranger Things 4, which will be hitting the streaming service this summer.

In a recent interview with Deadline, the Duffer Brothers, the creators of the hit series, confirmed that every episode of Stranger Things‘ fourth season will be over an hour long.

Having last been on the air in 2019, the return of the highly-anticipated Netflix series is just a week away, as Volume 1 will debut on May 27 before Volume 2 drops five weeks later on July 1. After Stranger Things 4, Stranger Things 5 will be the final season of the beloved nostalgia-soaked series, which is arguably Netflix’s biggest hit of all time, perhaps not in terms of numbers but in terms of pop-cultural footprint.

During a recent interview with BroBible’s Post-Credit Podcast, director and producer Shawn Levy told us that fans will “will definitely see an escalation in season four, in terms of scope, challenges, and character depth.” and that “the cinematic scope is almost incomparable to what we’ve done in the prior three seasons.”

#StrangerThings4 director and producer Shawn Levy on how the upcoming batch of episodes will up the ante without jumping the shark 🎙️ pic.twitter.com/nCtwClcLAU