The Reviews For ‘Stranger Things 4’ Are Positive Across The Board, With Some Calling It The Best Since Season 1 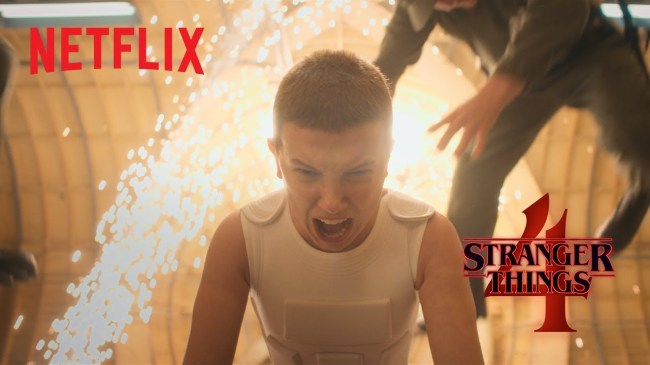 After years of development and production, the super-sized fourth season of Netflix’s massive sci-fi series Stranger Things will finally hit the streaming service on Friday.

With the release of Stranger Things 4 just days away, Netflix began the week by lifting the review embargo, thus allowing critics and journalists to share their thoughts on the new batch of episodes, which has been split into Volume 1 and Volume 2.

At the time of this writing, the reception to Stranger Things 4 seems to be positive across the board as the new season of the Duffer Brothers-created series has opened with a 91% critics score on Rotten Tomatoes after its first 23 reviews.

“[Stranger Things] suffers from some growing pains early on, but once the series finds its grooves, it takes it horrors to new levels and deepens the complex history of Hawkins,” says ComicBook.

“Fresh locales, appealing new characters, and a rewarding expansion of the mythology give the new season of Stranger Things a jolt of joyful energy, just when the series needed it most,” Entertainment Weekly said in their B+ review.

“If you liked Stranger Things before, you’ll like it again this time around. Formulaic TV works when the formula is this good,” The Independent writes in their four-star review.

“In a remarkably plotted and well-paced fourth season, Stranger Things marks a new level of sophistication in its technical and creative visions… This is not just another season of a popular TV show, but a piece of mainstream art with something to say,” said Inverse.

“The Duffer Brothers’ own superpower is reveling in ’80s horror nostalgia. And the duo is on top of their game here,” says the review from AV Club.

During an interview with BroBible back in March ahead of his new film The Adam Project, series director and producer Shawn Levy teased fans will “will definitely see an escalation in season four, in terms of scope, challenges, and character depth” and that “the cinematic scope is almost incomparable to what we’ve done in the prior three seasons.”

#StrangerThings4 director and producer Shawn Levy on how the upcoming batch of episodes will up the ante without jumping the shark 🎙️ pic.twitter.com/nCtwClcLAU