Student Tries To Get In Touch With His Professor Online, Only To Learn That He’s Been Dead Two Years 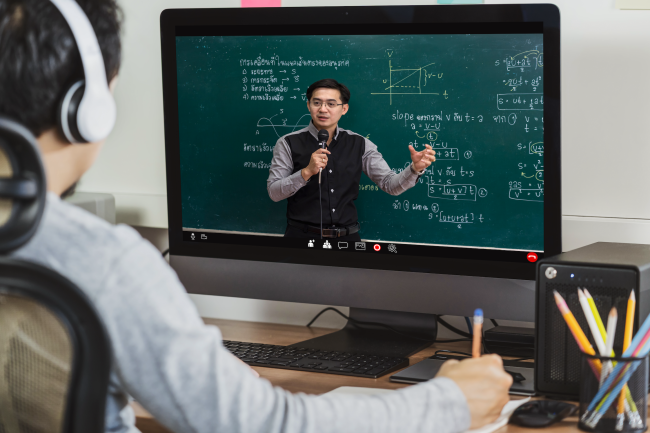 Today in Canadian higher education: a student tried to hit up his professor, only to learn that he’d been dead for two years. Let’s investigate!

HI EXCUSE ME, I just found out the the prof for this online course I’m taking *died in 2019* and he’s technically still giving classes since he’s *literally my prof for this course* and I’m learning from lectures recorded before his passing

Ansuini attends Concordia University and is taking a course on Canadian art history, taught, of course, by video.

“When I was looking up his name to get his email address I pulled up his obituary,” Ansuini said.

It turned out that his professor had died nearly two years earlier — and the university had never mentioned that to the students taking his pre-recorded classes.

After he died, the school continued to use his video lectures. But Ansuini said this was never made clear to him or other students.

Ah, classic Canadian college. Always trying to profit from the work of deceased educators. We’ve seen it before and we’ll see it again. Shameless, really. Too interested in keeping costs low to hire some hot, new, alive professor. Might as well let the class keep rolling along on the work of a guy we no longer have to pay. Cheap! Cheap bastards!

Does the university owe it to the students to let them know they’re watching lectures from a man who has shuffled off his mortal coil? Is that a requirement of learning? I don’t think so. Especially these days, when there is zero chance that a student will meet their professor in the flesh. Frankly, I’m surprised that Aaron Ansuini took such an issue with this. I’m sure I’ve watched plenty of movies featuring actors that have since departed this world, and I had no idea. Am I entitled to an opening credit sequence that alerts me to such inconsistencies between the LIVING character I’m about to watch and the DECEASED actor who played him/her? Surely not.

How about this odd little followup from our friend Aaron?

I mean, I guess I technically read texts written by people who’ve passed all the time, but it’s the fact that I looked up his email to send him a question and PULLED UP HIS MEMORIAM INSTEAD that just THREW ME OFF A LITTLE

“I technically read texts written by people who’ve passed all the time.”

What’s… what’s that about? That doesn’t seem like a good hobby. I understand if a family member or a friend passes away and you want to hold on to some of your correspondence with them, so you occasionally go back for a laugh and a cry. But it sounds like Aaron here is reading texts from people who’ve passed “all the time”? A little sixth-sensy, don’t you think? Very macabre.

I like you Aaron. There’s a darkness to ya. Keep it up.