Great News Everybody! Your Toothbrush Probably Isn’t Covered In Poop After All 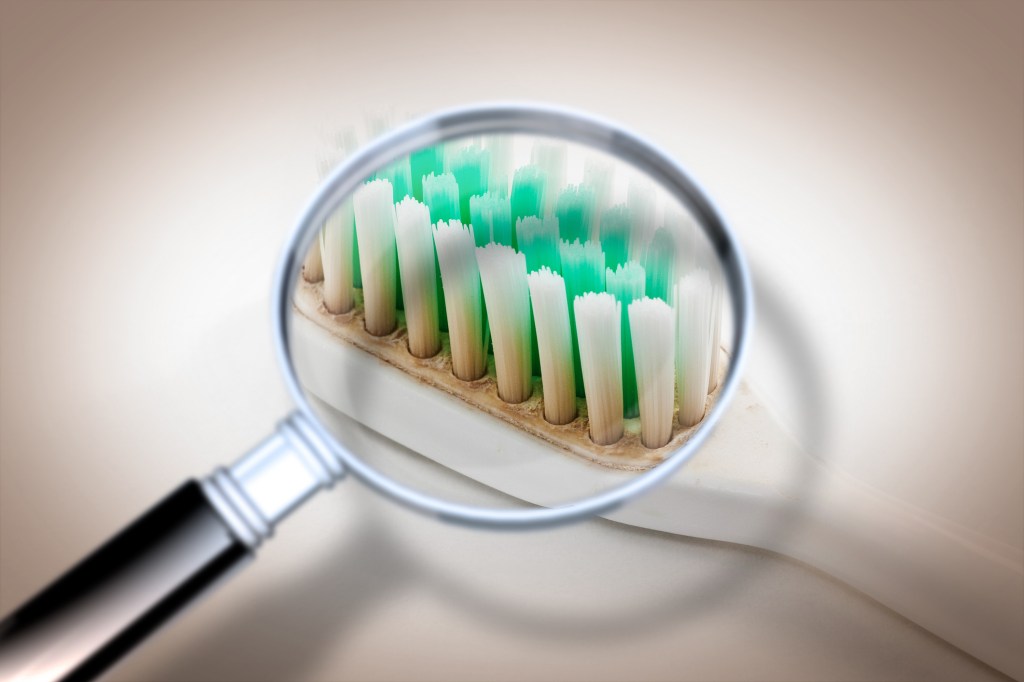 “Back off, poopy lips.” – some dude in high school.

It was once considered fighting words to call someone a name implying that he or she may have had their mouth a little close to somebody’s giblets. People used to get all bent out of shape anytime they became the subject of a locker room roast, playful or otherwise, suggesting that they liked mealing down at the Brown Eye Bar and Grill.

That is until millennials were born, and then all of a sudden, butt-stuff got so popular that some of us had bets on when the BMV was going to start putting a peach emoji on driver’s licenses next to the organ donor icon. But then every American got a rude awakening. Science said we’re all eating from the crap factory. The toothbrushes we keep in the bathroom were getting soaked in toilet juices every time we flushed.

It was a harsh realization that should have served as a great human equalizer, one rivaling the civil rights movement. Because despite our differences, we were all officially the same. Just a bunch of fecal freaks in the swirly of existence trying not to get the yuck stuck in our teeth.

Now science claims there might not be as much Ghost of Taco Past on the bristles as they previously thought. A new study from Northwestern University found that most of the microbes living on our toothbrushes aren’t coming from the deepest bowels of our guts. They are actually from our face, mouth and skin. The aerosol droplets that scientists initially believed were covering our toothbrushes with poo do not appear to be making contact. So, buck up America.

“I’m not saying that you can’t get toilet aerosols on your toothbrush when you flush the toilet,” said the lead study author Erica Hartmann. “But, based on what we saw in our study, the overwhelming majority of microbes on your toothbrush probably came from your mouth.”

While the rest of the scientific community is out there trying to cure whatever vile disease of the week threatens humanity, Hartmann’s team, one explicitly referred to as “Operation Pottymouth,” is getting to the bottom (no pun intended) of whether we’re scarfing down scat every time we brush our teeth. I think I speak for all germaphobes when I say that any science that discounts the possibility of turd gurgling from our oral hygiene routine is to be commended. Hell, Hartmann is deserving of whatever medal old guys in suits are pinning on the so-called heroes of today.

And not just the research team either, but also the participants who sent in their filthy toothbrushes to have them examined for crap critters. “Many people contributed samples to the Human Microbiome Project, so we have a general idea of what the human microbiome looks like,” said Ryan Blaustein, a former postdoctoral fellow on Hartmann’s team and now a postdoctoral fellow at Uncle Sam’s National Institutes of Health (NIH).

Unless you have a bizarre paraphilic disorder and your toothbrush gets a bit more adventurous than the average teeth cleaning, you probably don’t need to worry about gargling with excess ass blast.

Although some folks have understandably tried to block out how much microscopic bung sludge they might be sucking down on any given day, they should never forget the evil lurking in the restroom. Researchers have discovered poo-poo pathogens can get scattered around the bathroom after a flush and linger on surfaces for hours. Bacteria like E. coli, salmonella, Clostridium difficile, and other gnarly germs have all been discovered in toilet flushing studies.

For those of us who have been under a boil advisory since learning of these trapeze-style dook viruses, Hartmann’s realization that the microbes found on toothbrushes are coming from our own bodies and not the toilet offers some reassurance. But the key to survival is to never get complacent with caca. Rest assured, as soon as we stop being so vigilant about our mouth brushing devices, another group of rectal researchers will come out with a truly disgusting discovery.

The boil advisory remains in effect.