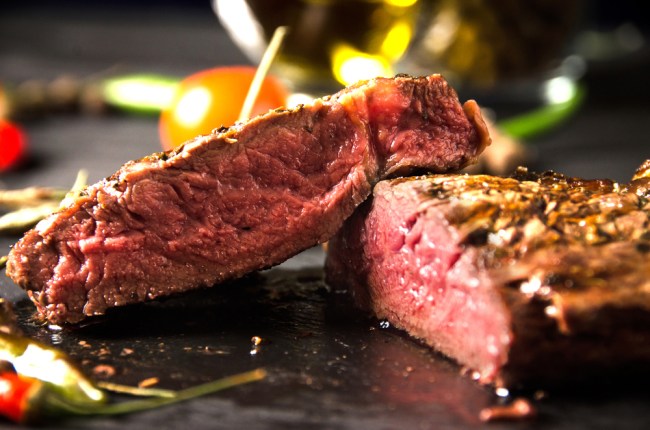 This may be hard to believe, but meat eaters are said to have way more sex than vegetarians according to a new study. Yup, turns out that craving a bloody, juicy steak causes a person to desire more sexual intercourse than those who prefer Buckwheat Soba Noodles with Tofu. That is the revelation according to the fine folks over at the Gourmet Meat Club.

The British meat purveyor surveyed their customers and discovered that approximately 46% of carnivores had sex one or more times per week. That was a considerably higher rate than those who swore off delicious meat. Only 16% of vegetarians were said to have sex one or more times a week. Professor Walter Ogana commented on the lust that beef brings to men, “Meat turns you into the animal you’re eating. The animal propensities or lower powers are magnified above reason.” I’m sure this study has nothing to do with the Gourmet Meat Club making their money off of selling meat. “The lesser the power of reason, the more debased humanity becomes,” the good professor said. “Thus more sexual activities, murders, revelry among other vices.”

In two other scientific studies, they found that vegetarians had a higher rate of depression comapred to meat eaters. Enjoy your protein-nutrient, iron-rich bloody steak!