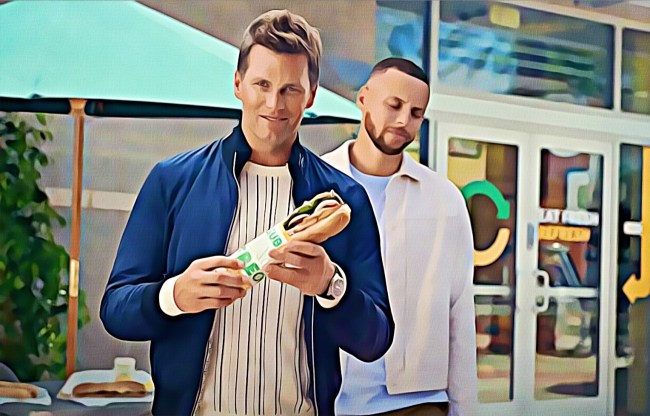 Subway is the largest single-brand restaurant chain and the largest restaurant operator in the world despite its spokesperson getting Chris Hansen’ed and The New York Times claiming its tuna is proof of extraterrestrial life.

Time after time, scandal after scandal, Subway has proven that you’re going to need to come at it a lot harder than its chicken reeking of IPA farts and claiming that it lies about its footlong’s height like 5’10” guys on Bumble.

One can’t deny Subway’s absolute power after the chain somehow lured one of America’s most publicity-averse public figure out of his lair to shill Cold Cut Combos. Belichick didn’t smile this wide during the birth of his son.

To truly grasp Subway’s resilience, let’s revisit the sagas, scandals, and stories that have been crushed by Subway’s divine power.

Come for the subs, stay for the Hepatitis A.

In September 1999, 40 persons became ill of Hepatitis A as a result of eating contaminated food sold at the two Subway outlets in Northeast Seattle. The claims were reportedly resolved for $1.6 million in late 2000 early 2001.

Subway’s response: Within months of the settlement, Subway opened its first restaurant in India. Today, there’s an estimated 660 Subway’s in India. None of them serve meat.

For 17 years, J*red F*gle saddled the company on his pasty back and single-handedly contributed to its tripling in size from the late 90s to the early 2010s. In 2015, the company decided to part ways with its spokesperson when it became clear television spots are difficult to film in federal prison.

Subway’s response: In February 2016, six months after F*gle was sentenced to 15 years, Subway raised the price of its classic footlongs to $6, despite beating us over the head with that damn jingle for eight years. 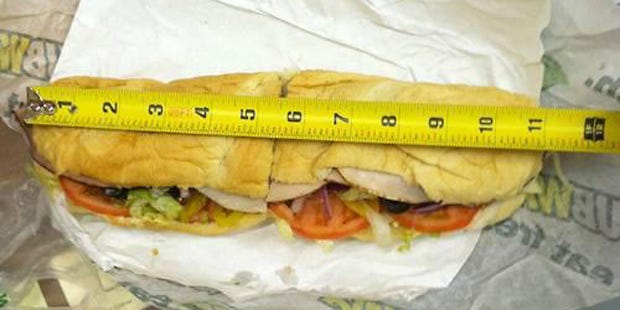 In 2013, a Facebook post from Australian teen Matt Corby went very viral after Corby outed the restaurant for birthing its most successful promotion ever on a bed of lies. He posted a photo clearly indicating his footlong to be just 11 inches in length.

Subway responded: by insulting our intelligence.

“With regards to the size of the bread and calling it a footlong, “SUBWAY FOOTLONG” is a registered trademark as a descriptive name for the sub sold in Subway Restaurants and not intended to be a measurement of length,” the company’s post said.

How come Subway can call it a “footlong,” but when I do my wife laughs in my face?

Back in January, it was reported that a class-action lawsuit had been filed seeking damages from Subway for fraud, intentional misrepresentation, unjust enrichment because they claimed the tuna being used in Subway’s sandwiches is “made from anything but tuna.”

After a misleading New York Times investigation found there was “no amplifiable tuna DNA was present in the sample” tested, Subway created an entire website to debunk the claim.

Subway’s response: Three weeks after shrugging off TunaGate, a scandal that would’ve buried a more fragile entity, Subway released a commercial spot in association with its Refresh campaign that featured:

The culture eviscerated Tom Brady for owning a Trump hat when he was still just the Apprentice host, and no one says boo when he follows in the footsteps of Fogle in 2021.

Battle Subway at your own peril.