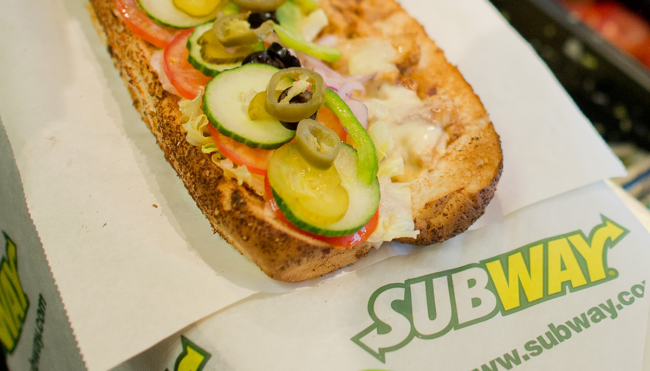 You have to give credit where credit is due to Subway for running a wildly successful campaign that convinced people they’re being healthy by eating there. Unfortunately, as was the case with the man who helped them push that notion, the darker side of Subway eventually emerged.

When I was first introduced to the chain a couple of decades ago, I couldn’t help but feel its test kitchen was run by aliens attempting to engineer offerings based on what they think human food tastes like. Sure, it might get the job done, but a sandwich at Subway has always felt like less of a meal and more like an incredibly rudimentary form of sustenance.

I can’t confirm Subway actually has a crew of extraterrestrial beings on the payroll, but in recent years, plenty of evidence has emerged that suggests the fare it serves up is filled with some pretty alien ingredients. While it did remove the chemical made to make yoga mats from its bread after finding itself at the center of controversy, it still has some work to do when you consider a court in Ireland ruled it can’t even legally be called “bread” due to how much sugar it contains.

Earlier this year, Subway popped back up in the news for all of the wrong reasons yet again after it was hit with a lawsuit that claimed its tuna isn’t even fish. Inside Edition did run a DNA test that seemed to confirm that’s not actually the case, but that’s not the only mystery meat on its menu.

According to The Daily Dot, a Subway employee was kind enough to put a job they probably don’t care too much about on the line by doing the public a service with a TikTok pulling back the curtain on its steak.

In the video, the worker showed what the steak looks like when it arrives at the store, and, welp, that’s gonna be a no for me, dawg.

This shouldn’t really come as much of a surprise to anyone who’s ever wondered how Subway manages to sell meat for suspiciously low prices, but if you somehow never stopped to ponder that mystery, hopefully this will open your eyes a bit.