How Has The Suez Canal Savior Who Worked 21-Hour Days And Saved The World Not Gotten Paid Yet?!? 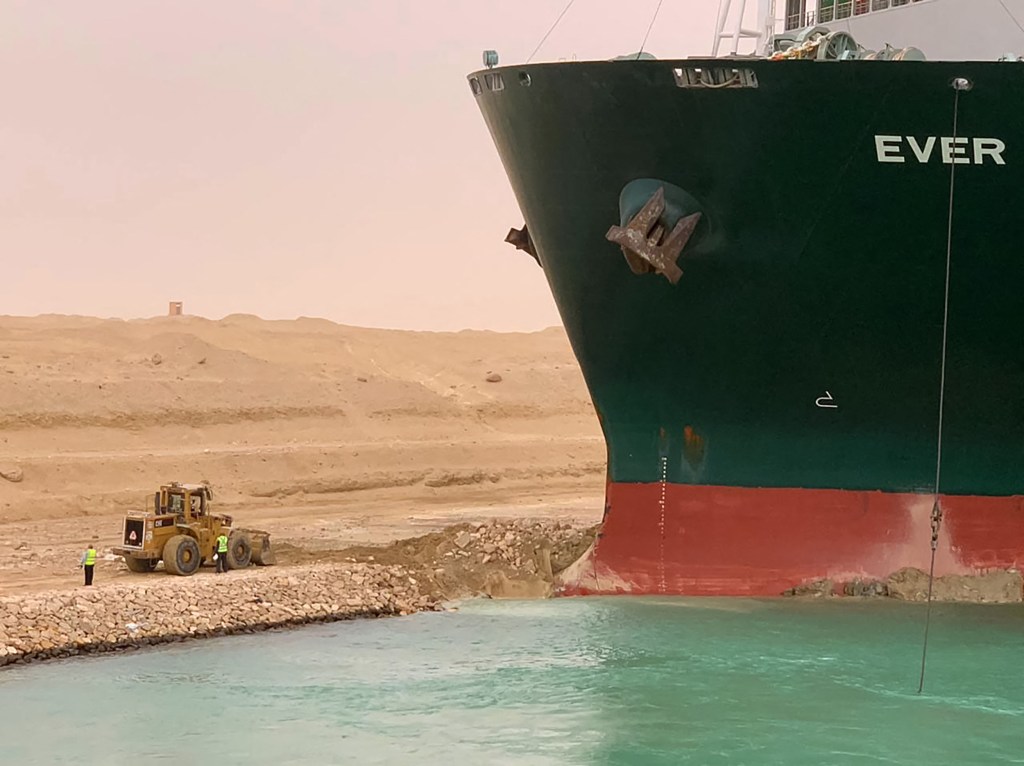 Meet Abdullah Abdul-Gawad. He was basically the Suez Canal version of Bruce Willis in Armageddon. The guy with a specialized set of skills who was called in to save the day as the planet was facing a crisis. Why was Abdullah Abdul-Gawad the guy? Well, he was close enough and the world needed saving. So why the hell hasn’t he been paid the overtime he worked for??

As is the case with pretty much anything that’s made the news in the past few years, it seems like months ago when the Ever Given vessel blocking the Suez Canal, 12% of all global trade, and costing an unfathomable $400 million/hour for six straight days. It was barely two weeks ago. And the ripple effects have yet to really hit the planet but this dude has also yet to be paid overtime for working 21 hours days and barely sleeping as he fought to fix the biggest shipping delay in years.

Abdullah Abdul-Gawad spoke through an interpreter with Business Insider and explained what it was like being pulled into the surreal catastrophe:

“We need you to get in a car and come right now because you’re the only excavator driver who’s close enough,” Abdul-Gawad, speaking with Insider via an interpreter, recalled being told. Describing the scene that faced him at work, Abdul-Gawad told Insider it was “really quite something.” “It was awe-inspiring,” he said. The 28-year-old, who has been operating excavators since university, said he and his colleagues worked 21-hour days, barely sleeping – and still had not received their overtime pay. (via)

You’ve undoubtedly seen Abdullah Abdul-Gawad in photographs. His excavator sitting next to that MASSIVE Ever Given ship has been made into countless memes. Tens and tens of thousands of ‘David vs. Goliath’ memes. Being in the trenches and having no idea how the outside world was perceiving the work he was doing, Abdullah Abdul-Gawad thought the memes weren’t so great:

To him, it felt as if “everyone was just making fun of it,” he said. “And that was what made me so determined,” he continued. “I was like, you know, you’re making fun of me. So I’m absolutely going to prove that I can do this.” But it was by no means clear he could. “It can’t really be funny to me because I didn’t know whether this ship was going to come out or not, and I was in the middle of the situation,” he said. It became a personal mission. “So I was feeling like, instead of mocking, you might actually do something to help me believe that I’m going to be able to get this ship out,” he added. (via)

He told Insider that despite being pushed to the brink of exhaustion, the relief was almost instant after they freed the Ever Given: “the minute we saw the ship sailing off, it was like the tiredness evaporated, because of such a sense of achievement.”

Again, he still hasn’t been paid for the overtime at least not according to him and the article published with his quotes. Why hasn’t this man been paid?

In Armageddon, Billy Bob Thornton agreed that Bruce Willis and the boys never had to pay taxes again in their lives. GoFundMe gets used for causes so stupid it hurts my brain. I honestly cannot tell you the last time I saw a GoFundMe where I was like ‘yeah, that makes sense’ because it’s either a scenario where the person shouldn’t need the money because they shouldn’t have to pay insane fees in the first place or it’s someone who doesn’t deserve the money. This dude deserves to get paid.

Shipping is already a mess over the past year. Go back twelve months and PPE was getting shipped all across the planet, often to poor countries that don’t have a ton of exports. Many of those shipping containers are still sitting in those countries. Businesses have been struggling to find available shipping containers for this reason, they’re just sitting empty in countries with nothing to fill them with and send to the rest of the world. I literally had a conversation about this yesterday with a pair of guys who has been experiencing this firsthand.

Then the Suez Canal situation hit after the Port of Los Angeles had been hit with delays and strikes and people in this shipping business had reason to panic. This dude comes along with his excavator to save everyone and he’s still waiting on a paycheck? Can we just Venmo this guy some cash already???

To read the full article over on Yahoo!, you can click right here.