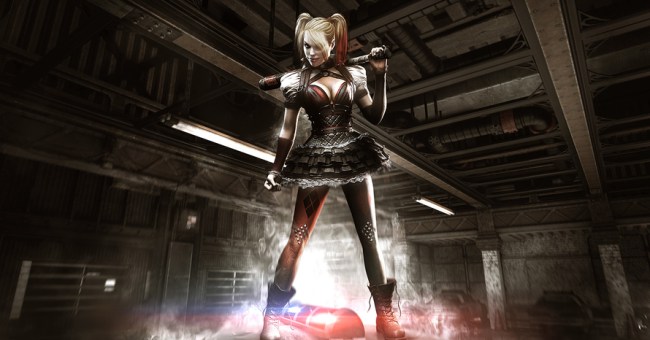 After blowing away fans with the Batman: Arkham franchise in the previous decade, Warner Bros. video game branch has remained relatively dormant ever since the release of Batman: Arkham Knight back in 2015.

In the coming years, though, with the launch of the next generation of gaming consoles and the release of the Robert Pattinson-starring The Batman franchise, now is as good of a time as any for Warner Bros and DC Comics to dip back into the comic book industry. And according to reports, that’s exactly what’s happening, as not one, but two major DC Comics games could be on the way, including a Suicide Squad game titled “Kill the Justice League”.

A list of leaked domain names has set internet tongues wagging that Rocksteady, developer of Batman Arkham Asylum, is working on a game centred on DC’s Suicide Squad. The domain names popped up yesterday on Resetera, where fans noted they were registered by a company connected to Warner Bros. Eurogamer understands this to be accurate.

I’ve heard that one particular phrase registered as a domain – “SuicideSquadKillTheJusticeLeague.com” – is a contender for the game’s final title, and a good summation of what you can expect Rocksteady’s next big project to be about. Other domains registered include “SuicideSquadGame.com” and “GothamKnightsGame.com”.

According to the report, not only will both games will be unveiled at the DC Fandome event, but the Gotham Knights game will be revealed in full.

Now, to be clear, this new Rocksteady game has nothing to do with the new Batman game that’s reported to be in development over at WB Montreal (which we’ve reported on extensively as the studio continues to roll out vague teases), the company behind the Arkham prequel Batman: Arkham Origins.

RELATED: The Court Of Owls Rumored To Be The Main Villain In The Upcoming ‘Batman: Arkham’ Reboot