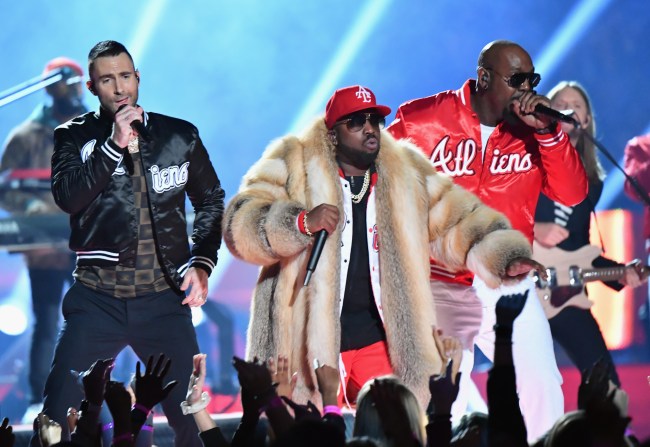 Would you believe me if I told you that Maroon 5 didn’t get paid a dime from the NFL for that ground-breaking, industry-changing, cancer-curing Super Bowl halftime performance. Or that Travis Scott wasn’t paid handsomely for his .832 seconds on screen?

Well, if I told you that, it would only be a half-truth.

According to Sporting News, the league covers all costs associated with the production of the show, which can climb to $10 million, but do not pay the performers a hefty sum, per league policy. However, in an email to Yahoo Finance, NFL spokesman Brian McCarthy said performers receive “union scale,” a reference to a minimum wage set by the union.

The incentive for the talent lies entirely in the exposure, as over 100 million people typically watch the Super Bowl (official viewership numbers come out later this week). The NFL knows this, which is why it doesn’t shell out the six-or-seven figures these performers usually demand for a performance. Justin Timberlake, last year’s headliner, released his album, Man of the Woods, two days before the Super Bowl and sales rose  534% after the show. Lady Gaga, the 2017 headliner, enjoyed a 1,000% sales increase following her acrobatic performance.

With the NFL being a lightning rod for controversy in the wake of the kneeling scandal, the halftime show may not be as alluring to performers as it once ways. An online petition urging Maroon 5 to drop out of the Super Bowl halftime show garnered over 115,000 signatures and may have been what prompted the band, in conjunction with Interscope Records and the NFL, to announce a $500,000 donation to Big Brothers and Sisters of America, a non-profit that mentors children to reach their full potential. Additionally, Travis Scott said he would only perform at the Super Bowl if the NFL donated $500,000 to Dream Corps, an social activism organization.

The fact that the halftime shows are always musical bugs me. I would hold off on taking my annual halftime dump if I could watch Dave Chappelle or Bill Burr do 15 minutes of new material. That could go very poorly for the NFL, which would bring me great joy.