A Copy Of ‘Super Mario Bros.’ Was Auctioned Off For $114,000 To Become The Most Expensive Video Game Ever Sold 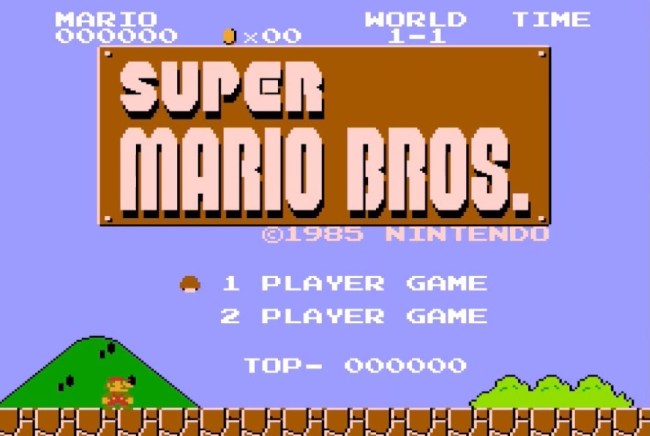 As Father Time chugs along and the years go by, old-school comic books, action figures, sneakers, sports jerseys, and basically everything else that defined our childhoods have become modern-day historical artifacts. Now that there is some significant chronological distance between us and the initial creation of video games, these dated electronics have joined the club as valuable pièces de résistance.

Of the many video game publishers who’ve pumped out title since Pong ushered in a new era of entertainment, Nintendo is easily the most influential and has produced more awesome games than any other. I personally grew up on Luigi’s Mansion, Super Smash Bros Melee, and Super Mario Galaxy and I can’t count the number of fights I’ve gotten into over the years thanks to Mario Party and Mario Kart.

Of course, Nintendo has much more than just Mario to its name, as franchises like Pokémon, The Legend of Zelda, and Animal Crossing have all left their mark on pop culture. It’s also created some of the most revolutionary gaming consoles over the years, with the N64, Game Boy, and Wii all reaching fairly iconic status.

I’m apparently not the only one who looks at Nintendo with nostalgic reverence,  as Rolling Stone reports a sealed copy of the original Super Mario Bros. game from 1985 was auctioned off for $114,000 last Friday, which was enough to earn it the distinction of being the most expensive video game ever sold.

A sealed copy of Super Mario Bros. just sold at auction for $114,000, which is a new record for the sale of a single game. Bet the owners of the $100,000 one, which is an earlier printing, feel great today. pic.twitter.com/lVdcla8d19

Graded to be in A+ condition, this copy of the classic game topped the previous record of $100,000 for a single video game at auction (which was held by another unopened copy of Super Mario Bros.) So what made this particular copy so much more valuable? To quote Blink-182: all the small things:

I thought paying $60 for Call of Duty was steep but I guess this puts things in perspective a bit.