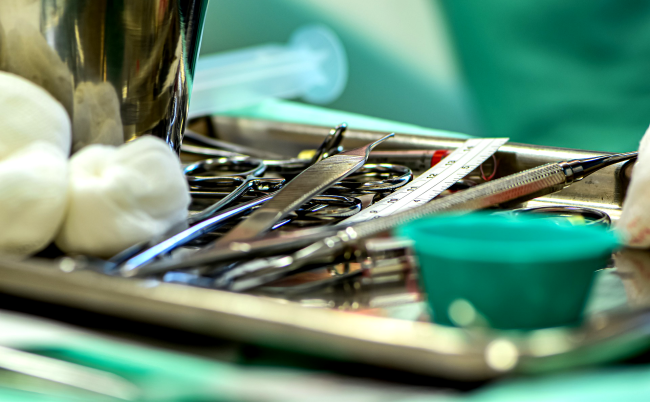 If you have ever been nervous about a doctor potentially making a mistake while you undergo surgery, then this story out of Austria isn’t going to help.

Because earlier this year, a surgeon in Freistadt, Austria mistakenly amputated a patient’s right leg instead of his left – the leg that was supposed to be removed.

The mistake wasn’t realized until two days after the surgery, according to AFP news agency, while the patient was undergoing a routine bandage change.

The patient was then informed that he would have to have his other leg amputated as well.

WKRC News reports that the director of the clinic where the error occurred issued a public apology, calling it the “result of a sequence of unfortunate circumstances.”

The clinic also stated that “the causes and circumstances of this medical error have been analyzed in great detail.”

Last week, BBC reports, the surgeon who made the mistake was found guilty of gross negligence and fined €2,700 ($3,057).

When asked in court why she had marked the right leg and not the left, the 43-year-old surgeon replied, “I just don’t know.”

The surgeon has since left the clinic and taken a position elsewhere. Meanwhile, half of her $3,057 fine has been suspended.

Reactions to this news on social media were a mix of shock, anger and surprise.

Not sure what is worse,the wrong leg or the 5000 Euros compensation? That’s a joke.

So no one else in the room even noticed either?

Every successive sentence is worse news than the one preceded by it. Yikes.

Meanwhile in America … woman gets $2million for being wrongly accused of shoplifting.